US and Mexico agree to preliminary NAFTA deal 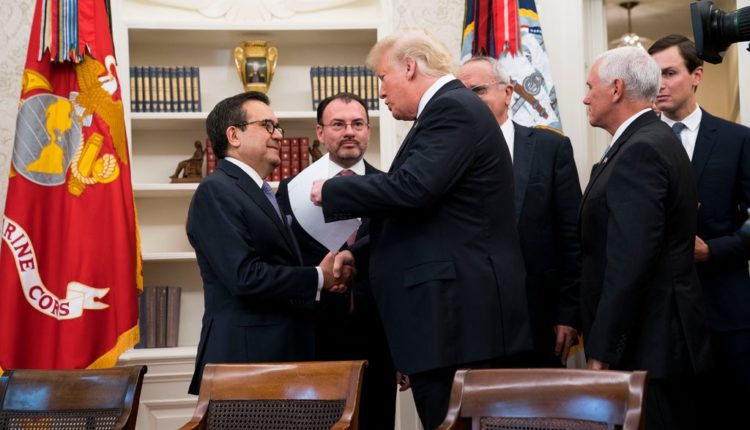 WASHINGTON – The United States and Mexico reached a deal on yesterday (27) to replace the North American Free Trade Agreement (NAFTA) and talks with Canada were expected to begin immediately in the hopes of reaching a final agreement by Friday (31), a senior US trade official said.
“We are now inviting the Canadians in as well and hope that we can reach a fair and successful conclusion with them as well,” the official told Reuters in an interview.
“There are still issues with Canada but I think they could be resolved very quickly,” the official said.
The US-Mexico deal would require 75 % of auto content to be made in the United States and Mexico, up from the current level of 62.5 %, and would require 40 % to 45 % of auto content to be made by workers earning at least US$ 16 per hour, a second official said.
Reuters