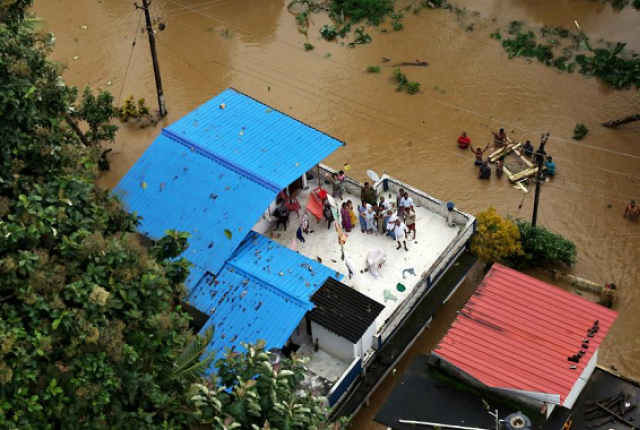 NEW DELHI –More than 1,200 people have been killed across South Asia in monsoon storms so far this year, according to figures collected by AFP as India counts the rising toll from floods that have devastated southern Kerala state.
The monsoon, which lasts from June to September, causes widespread death and destruction across South Asia each year, with the tourist hotspot of Kerala suffering its worst floods in nearly 100 years.
Kerala has reported 445 deaths with more bodies discovered each day as a massive cleanup gets underway. The floods forced more than a million people to seek shelter in temporary relief camps and 15 others were reported missing up to yesterday (27).
Kerala accounted for nearly half of the more than 1,000 deaths reported across India, with over 160 killed in neighbouring Karnataka state, more than 200 fatalities in Uttar Pradesh state, and 195 in West Bengal, according to official figures.
The monsoon also battered Nepal, with 87 people killed since June, according to the home ministry, including a woman and eight children swept away by a landslide in a remote village.
But in Sri Lanka, where authorities organized the early evacuation of 750,000 people in threatened areas this year, the death toll from monsoon floods fell to 24 from 224 killed in May and June last year, official figures showed.
In Bangladesh, floods and landslides killed at least 29 people, according to official figures.
In the deadliest monsoon-induced disaster in recent years in South Asia, flooding and landslides killed around 5,800 people in India’s northern Uttarakhand state in June 2013.
AFP