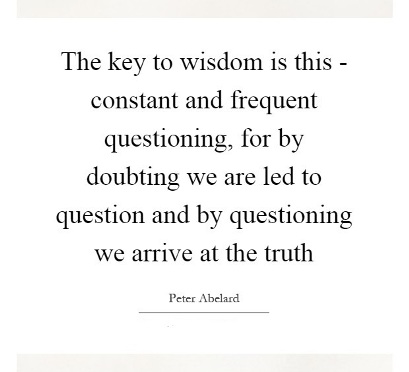 Peter Abelard (1079 –1142) was a medieval French scholastic philosopher, leading logician, theologian, teacher, musician, composer, and poet, celebrated for his logical solution to the problem of universals via nominalism and conceptualism and his pioneering of intent in ethics. Often referred to as the “Descartes of the twelfth century”, he is considered a forerunner of Rousseau, Kant, and Spinoza. He is sometimes credited as a chief forerunner of modern empiricism He is also best known for his passionate, abusive love affair and intense philosophical exchange with his brilliant young student and eventual wife, Héloïse d’Argenteuil