Tears and toils of a district secretary 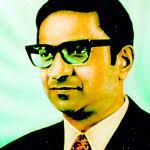 Commemorating the 23rd death anniversary of Yogendra Duraiswamy, in June 2022, we pay tribute to the distinguished diplomat and civil servant who relentlessly worked for the economic development of the pre-war Jaffna and Kilinochchi districts.

Yogendra Duraiswamy, who had a distinguished diplomatic career in the Ceylon Foreign Service, assumed duties as District Secretary of Jaffna in 1979. The illustrious international civil servant is said to have worshipped at the Nallur Temple and then paid homage at the Columbuthurai Ashram of Yoga Swami before taking up his duties.

As his friend Ranganathan recalled in his appreciation of Duraiswamy’s services, it was really hard work; “To my mind, the finest phase of his career was after he shed the metaphorical plumes and regalia of diplomatic life and became District Secretary and Government Agent at Jaffna. That period gave point and purpose to a life-long passion to serve his people.” (16th July 1999, Ceylon Daily News).

It was ‘Sivathondu’ – Service to God.

For Duraiswamy, it was an ideal opportunity to serve the masses in his capacity as a civil servant and thereby, serve God. He wholeheartedly took up the responsibility of developing Jaffna and Kilinochchi by mapping out far-sighted development strategies aimed at inclusive and comprehensive economic growth in the North. This he envisioned, would heal the wounds of ethnic discord. As a District Secretary, he faced the predicament of representing the central government and at the same time addressing the needs and responding to the demands of the people of Jaffna. During his two-and-a-half-year tenure, he overcame these challenges addressing the needs of the people and implementing several development projects.

The Tamil United Liberation Front (TULF) made a decision to participate in the District Development Council (DDC) elections in 1981 and field candidates for all seven councils in the North and East. The largest was the Jaffna Council where ten members were to be elected. Tamil militant youth were thoroughly disenchanted with the TULF and considered the decision as amounting to betrayal of party leader A. Amirthalingam’s promise at the 1977 elections to fight for Tamil’s independence. Youth perceived that the district-based devolution of power was unpromising and scarce.

DDC elections were to be held on June 4, 1981. In the Jaffna Secretariat, the officials were busy making preparation for the conduct of the polls and counting of ballots. Duraiswamy made sure that everything had been well planned and intended to announce the results of the Jaffna District earlier than the other districts.

The TULF, the United National Party (UNP), the Sri Lanka Freedom Party (SLFP) and the Tamil Congress launched vigorous campaigns, with the TULF holding a massive election rally near the Nachchimaar Amman Temple in Jaffna on May 31, 1981.  Police were deployed to provide security for the rally. In the frenzy, two unidentified gunmen shot at the police and fled the scene, killing three policemen. Two hundred police personnel present rioted and indiscriminately burnt shops, houses, cars and other commercial establishments. The reprisal attacks were the worst that the people of Jaffna had witnessed.

Duraiswamy returned home virtually exhausted after a turbulent day putting the final touches to the preparations for the forthcoming elections. He had informed Colombo of the killings near the Nachchimaar Temple. More and more adverse developments began to emerge. The most negative among them was the news that enraged policemen had burnt down the Jaffna Public Library with all its invaluable collection of manuscripts and publications on Hindu civilization, Tamil culture and its several thousands of rare manuscripts and out-of-date first editions.

The Jaffna Library was one of the leading repositories of knowledge in South Asia. The burning of the library, which marked a seminal trajectory in the history of Tamil armed struggle, lasted the entire night.

Duraiswamy rushed to the burning city at 10.00 p.m. and requested the naval base in Karainagar and the Municipality to send water bowsers to extinguish the fire. The city was virtually deserted and he found the Municipal Office was closed and the water tower locked. Although the navy’s bowser arrived at the scene, its capacity was inadequate to douse the roaring fire.

As Duraiswamy stood transfixed, looking at the burning library, a lone Tamil policeman came up to him and urged, “Aiyah please do not stay here because I am not sure what the police will do to you. Please leave.” Duraiswamy kept saying “What security is there for life and property when the custodians of the law behave in such a manner.”

That fateful day, Duraiswamy returned home at 4:00 a.m. On recalling the ordeal a few days after, he realized that his life was, indeed, in danger. No one had dared to come out that night. Despite political rhetoric, none of the TULF politicians were present. Duraiswamy stood all alone that night trying to douse the flames.

The District Development Council elections were held in Jaffna in the same week the Jaffna Library was burnt. The DDC elections, J.R. Jayewardene’s mode of devolution, were held in a chaotic environment. The government rejected the Jaffna Secretary’s arrangements, removed the officers designated for duty and replaced them with complete strangers who were from diverse parts of the South.

According to My Diplomat, Duraiswamy had come under the pressure from Ministers Gamini Dissanayake and Cyril Mathew, who insisted that the presiding officers be changed, and when he refused, President Jayewardene had called and threatened, “Your head would roll, Duraiswamy unless you change the designated officers”.

The election was held in a chaotic situation and rigged. Ballot boxes were misplaced and several polling centres ceased to function. Counting was not conducted at some polling booths. Kumar Ponnambalam of the Tamil Congress, Chelliah Kumarasuriyar of the SLFP and Amirthalingam and Sivasithamparam of the TULF complained that the election was flawed and rigged.

Due to the poll irregularities, Duraiswamy initially did not release the election results and brought the matter to President Jayewardene’s attention. However, the TULF knowing that it had won the election insisted that results be released immediately. Elections Commissioner Chandrananda de Silva instructed Duraiswamy in writing to declare the results. Accordingly, he declared the results and resigned from the post of District Secretary ending an eventful phase in his life.

Duraiswamy considered the burning of the Library as an indictment on the conscience of the nation. He fervently wished that the library be rebuilt and would lobby diplomats for new books and tracing documents, which may have earlier been microfilmed.

He was appointed a member of the Jaffna Public Library Committee for the reconstruction of the Library. At the inaugural meeting convened by President Chandrika Kumaratunga, Duraiswamy as Head of the Committee on Fund Raising stated in his introductory address:

“Sixteen years ago I had the misfortune to witness the Jaffna Public Library go up in flames. Despite the efforts by a few of us, we were unable to extinguish the fire. Today, I am indeed happy to participate in a function, under the distinguished patronage of the president to formally inaugurate the reconstruction of the Jaffna Public Library on the same spot, on a bigger and better scale. It is a laudable act of reconciliation, which springs from a desire of the government to redress past wrongs. It is our fervent wish that this initiative of the government would lead to mutual trust and understanding between the two parties. (My Diplomat)

Duraiswamy’s actions echoed the wisdom of Hinduism which enunciated the values and enlightened inclusivism. It is obvious that the sacred Hindu text the Bhagavad Gita inspired Duraiswamy to serve humanity with dedication. His was a selfless service which went beyond artificial barriers such as creed, race and even nationality. He often used to cite the Tamil phrase, “Makkal Sevai Maadhavan Sevai Aakum,” – Service to humanity is service to God.’ “You have a right only to action, never to the fruits thereof. Let not the personal benefits of your work be your motive; neither let there be inaction,” says the Gita (II-47). In accordance with the spirit of Hinduism, he served the poor in his district with commitment and dedication.

-Extracted from an article written by Ranga Chandrarathne in 2013

Five blunt truths about the war in Ukraine