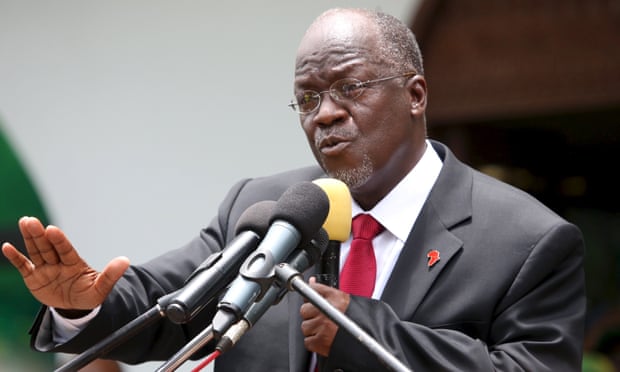 NAIROBI – President John Magufuli has urged Tanzanian women to “give up contraceptive methods” insisting his country needs more people, local media reported yesterday (10).
“You have cattle. You are big farmers. You can feed your children. Why then resort to birth control? This is my opinion, I see no reason to control births in Tanzania,” Magufuli said in a speech on Sunday (9), according to The Citizen daily newspaper.
“I have travelled to Europe and elsewhere and have seen the harmful effects of birth control. Some countries are now facing declining population growth. They are short of manpower.”
Magufuli urged Tanzanians to ignore bad advice disseminated by outsiders saying: “It is important to reproduce.”
“Women can now give up contraceptive methods,” he added.
Tanzania has a population of around 60 million people, up from 10 million at independence in 1961.
The UN predicts Africa’s population will double to around 2.5 billion by 2050, leading to warnings of a demographic time bomb if economic growth and job creation cannot keep up.
-AFP

At India’s funeral pyres, Covid sunders the rites of grief

Bombing outside Afghan school kills at least 50, with girls as targets