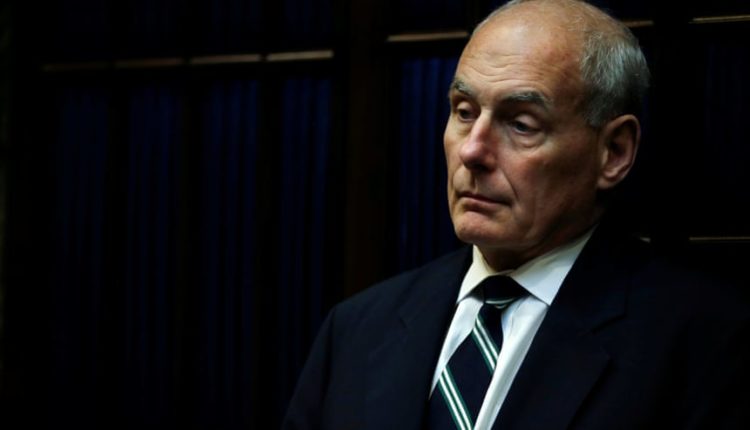 NEW YORK – Donald Trump has promised to “write the real book” on his presidency, to correct a record he says is misrepresented by Bob Woodward, veteran author of a highly anticipated work, Fear, that will be published today (11).
“The Woodward book is a Joke,” Trump tweeted yesterday (10) morning. “Just another assault against me, in a barrage of assaults, using now disproven unnamed and anonymous sources. Many have already come forward to say the quotes by them, like the book, are fiction. Dem[ocrat]s can’t stand losing. I’ll write the real book!”
Members of the administration including the defence secretary James Mattis (who Woodward says compared Trump to “a fifth- or sixth-grader”) and chief of staff John Kelly (who said to have called Trump an “idiot” and working for him “Crazytown”) – have disowned remarks attributed to them by Woodward.
But in the book, Woodward pre-empts Trump’s charge about anonymous sources. His interviews, he writes, were conducted “under the journalist rule of ‘deep background’. This means that all the information could be used but I would not say who provided it.”
Many scenes in Fear are recounted in direct quotes, and seem to communicate the experiences of among others former chief of staff Reince Priebus, former White House strategist Steve Bannon, former staff secretary Rob Porter and former chief economic adviser Gary Cohn.
In the same note, Woodward writes: “President Trump declined to be interviewed for this book.”
Woodward’s employer, the Washington Post, released audio of a conversation between Trump and Woodward in which the author insists he tried repeatedly to gain an interview and Trump claims not to have been told of the requests.
On NBC’s Meet the Press on Sunday (9), White House adviser Kellyanne Conway admitted: “I didn’t bring the request to the president directly.”
Woodward’s book contains scenes of cabinet members and advisers actively blocking Trump’s policy priorities, including trade and the alliance with South Korea and a proposed assassination of Syrian president Bashar al-Assad.
It also says that in late 2017, Trump nearly sent a tweet about withdrawing “all US military dependents – thousands of family members of 28,500 troops” from South Korea. He was dissuaded because a North Korean official had indicated such a withdrawal would be interpreted as “a sign of imminent attack”.
“The possible tweet scared the living daylights out of the Pentagon leadership,” Woodward writes.
Last week, the day after the Post first reported the contents of Woodward’s book, the New York Times published an op ed entitled I Am Part of the Resistance Inside the Trump Administration and attributed to an anonymous “senior official”.
The essay said members of the administration were running a “two-track presidency”, achieving Republican policy aims while sidelining the “amoral … impetuous, adversarial, petty and ineffective” Trump until he was out of office.
The writer said an invocation of the 25th amendment, a mechanism to remove a president deemed unfit for office, had been discussed.
Trump reacted furiously, accusing the writer of treason and demanding a Department of Justice investigation, though most analysts said no crime had been committed.
The vice-president, Mike Pence, was sent to the Sunday talk shows to defend Trump, which he did with characteristic vigour, volunteering to take a lie detector test to show he had not written the essay himself and insisting the 25th amendment had never been discussed. Pence and Conway suggested the op ed constituted a threat to national security.
Yesterday Trump tweeted: “The White House is a ‘smooth running machine.’ We are making some of the biggest and most important deals in our country’s history – with many more to come! The Dems are going crazy!”
-The Guardian

At India’s funeral pyres, Covid sunders the rites of grief

Bombing outside Afghan school kills at least 50, with girls as targets