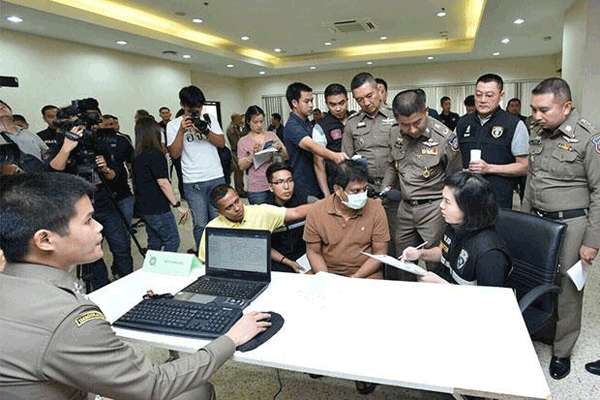 BANGKOK – A Sri Lankan drug trafficking suspect, wanted by Interpol, has been arrested by police in southernmost Thailand, said a Thai police general.

Interpol and Sri Lankan authorities had sought the whereabouts of the suspected drug trafficker and finally located him in Thai territory near the Thai-Malaysian border, prompting the Thai police to take action and arrest him at a hotel on Thursday, according to Pol. Maj. Gen. Surachate.

The Sri Lankan drug suspect had fled his home country and slipped into Thai territory since the last five years and managed to find a hide-out in the southernmost province, the deputy Tourist Police commissioner said.

The police have launched investigation into the case with the drug suspect currently detained at a local immigration office.

A Swastika on a church bell rings of its Nazi past