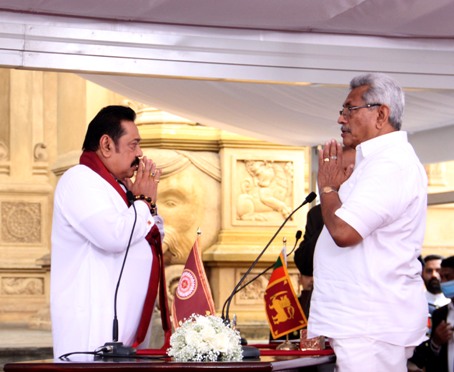 Ministers to be sworn in on Wednesday

COLOMBO –President Gotabaya Rajapaksa on Monday (10) issued an Extraordinary Gazette notification outlining the ministerial structure for 28 new ministries and 40 state ministries, including the ministries that will come under the purview of the president and the prime minister.

The President’s Media Division (PMD), in a statement issued Monday said national priorities, policy responsibilities and functions have been taken into consideration in formulating ministries and that state ministries have been structured to facilitate the achievement of special priorities and the implementation of relevant programs according to the broad scope of each ministry.

It said special attention had been paid to the areas of national security, economic development, infrastructure facilities, education, health and sports in the process of formulation of the ministerial structure.

The formulated structure covers a number of aspects of rural and agricultural development as well as the field of education, it said, elaborating that the scopes, priorities, affiliated institutions and legal frameworks of each ministry have been explained under several subheadings.

According to the gazette notification, the finance ministry will have two state ministers, one in charge of finance, capital markets and state enterprises reform and the  other e in charge of Samurdhi, micro-finance, self employment and enterprise development.

The defence ministry meanwhile will have one state minister in charge of internal defence and disaster management, and will have 23 agencies under it purview including police, military, and intelligence, Coast Conservation Dept, National Dangerous Drugs Control Board, and the Department of Archaeology.

The statement from the PMD noted the subject ministers and state ministers were scheduled to be sworn in at the Magul Maduwa (Audience Hall) of the Temple of Sacred Tooth Relic premises in Kandy Wednesday(12) morning before President Gotabaya Rajapaksa.

Ranil quits as UNP leader, search on for new leader