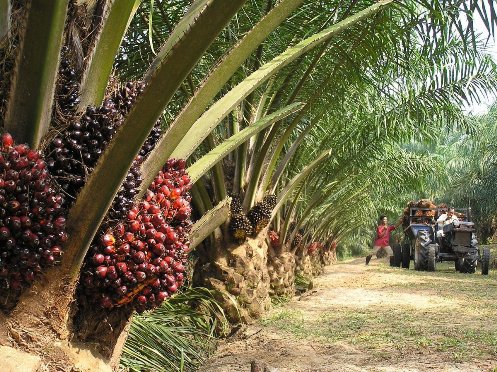 COLOMBO – Sri Lanka’s President Gotabaya Rajapaksa has banned the import of palm oil and plantations companies have been instructed to uproot oil palm trees 10% at a time and  plant rubber in their place.

The President’s Office in a statement issued Monday (5) said the decision had been made with the aim of freeing “Sri Lanka from oil palm plantation and palm oil consumption”.

It also noted that President’s Secretary P. B  Jayasundera had ordered the Controller General of Department of Imports and Exports Control to issue a gazette notice banning palm oil imports effective Monday. The Director-General of Customs had also been informed of this decision and advised to refrain from clearing palm oil cargos at the Department of Customs.

The statement said orders have been issued to ban the cultivation of oil palm completely, although President Rajapaksa had earlier instructed the cultivation of oil palm trees be banned “gradually”, and companies involved in oil palm plantations instructed to replace oil palm trees in a phased out manner, uprooting them 10% at a time. The President instructed the oil palms be replaced with rubber plants or other environment friendly crops each year to free Sri Lanka from oil palm plantation and palm oil consumption, the statement added.

“When this is fully operational, the government intends to stop the cultivation of oil palm and the consumption of palm oil completely,” it said.

Several publicly listed regional plantations companies have grown palm oil after import taxes were raised on edible oils over the last decade to give high profits to owners of coconut plantations.

Palm oil has come under fire in Malaysia and Indonesia due to the large scale clearing of tropical forests, but whether the plants themselves are more environmentally damaging than some other monocrop has been debated.