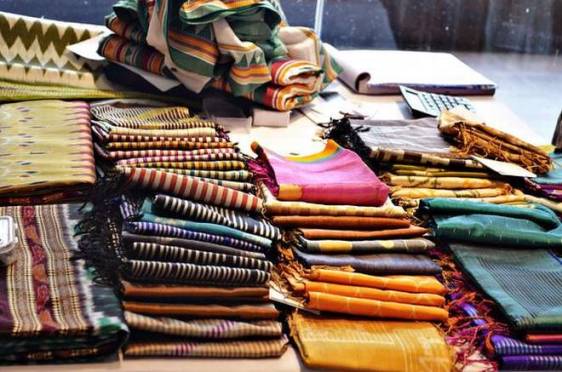 TAMIL NADU – South India’s textile and fabric exporters are worried that the economic crisis in Sri Lanka -India’s second-largest export destination for clothing products – may lead to a delay in payments from buyers in the island nation. The Sri Lankan rupee has weakened by more than 10% against the US dollar, giving rise to concerns among Indian textile and fabric exporters that payments could get delayed. This comes after a slowdown in exports to Sri Lanka.

“Exports of cotton fabric to Sri Lanka were witnessing an upward trend due to pent-up demand. But it started slowing down from August, and then came the economic emergency which disrupted trade,” said Siddhartha Rajagopal, executive director of The Cotton Textiles Export Promotion Council (Texprocil).

According to Rajagopal, Sri Lanka is the second-largest market for Indian cotton textiles export after Bangladesh.

“The impact of the economic crisis in Sri Lanka is expected to be felt more in the coming months,” Rajagopal said.

Other products that are exported to Sri Lanka are auto spare parts, footwear, computer peripherals, and iron and steel.

Sri Lanka’s economic woes are partly due to the outbreak of COVID-19, which affected tourism, one of the primary sources of foreign currency earnings. Its mounting foreign debt crisis is also seen as one of the main underlying reasons for the current situation.

A ban on use of fertilizers by Rajapaksa, who wants agriculture to turn totally organic, may have made matters worse.

Praveen Khandelwal, general secretary of the Confederation of All India Traders (CAIT), said traders are facing payment problems due to the crisis in Sri Lanka.

“Around Rs 8,000 crore ( 1 crore equals 10 million) is stuck up in Sri Lanka and there is no clarity when the payments will become smooth,” Khandelwal said. “We also import pharma raw materials, paperboard, pepper, poultry feed from Sri Lanka. That too has stopped.”

However, Raja Shanmugam, president of Tirupur Exporters Association, pointed out that the current crisis in Sri Lanka may work in favour of India garment exports. “In the world market, Sri Lanka is a competitor of India in the apparel sector. Now that the country is going through an economic crisis, global apparel buyers may look at India as a sourcing nation and place more orders,” he said.

Ajay Sahai, director general, Federation of Indian Export Organizations, said, “From the last one year, we have seen Sri Lanka curbing imports of non-essentials such as vehicles and others. But exports of essential items were going on. Now that the payment has become irregular, we have asked the government for a line of credit to be extended to Sri Lanka.”