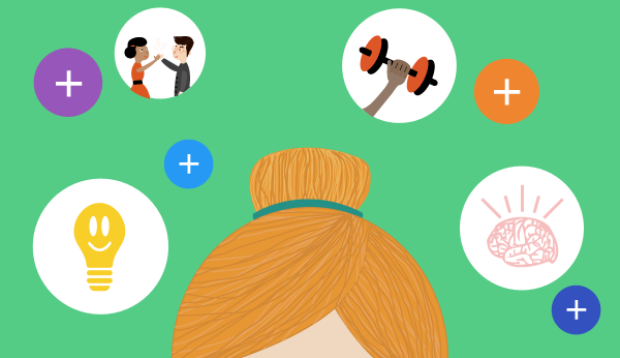 There is a belief that the inhabitants in the Solomon Islands of the pacific practice a special form of curse ritual.

If a tree needs to be chopped down and if it happens to be too big, then, the Islanders stand around it and curse it. This negative energy somehow damages the tree’s life energy, so after about 30 days of getting cursed the tree dies off and falls to the ground.

Now, if a strong and mighty tree, which can brave the vagaries of nature in all its fury for hundreds of years can just wilt under negativity, imagine what could happen to a human being when they are constantly criticized or belittled.

Human beings are made up of about fifty trillion cells, and these negative emotions take root in your body, in your cells,

Every emotion activates a chemical response in your body. Positive emotions cause the production of ‘feel good’ hormones, while negative emotions produce ‘stress’ hormones.

When one is constantly dumped with toxic feelings like anger, threats, disgust or contempt, the result is chronic stress. This activates the secretion of the required stress hormones, causing unnatural inflammation in the system, which has been scientifically proven to be the root cause of many life-threatening illnesses.

Let’s look at an interesting study conducted sometime in the 1930s, where about 180 young Catholic nuns were asked to write short, personal essays about their lives. They described certain interesting instances from their childhood, these essays were for some reason put aside and forgotten.

In other words, what was significantly present in the study was a direct correlation between positivity and longevity.

So in the first instance we saw destruction caused by negative emotions and in the second we observed constructive life enhancing qualities of positive emotions.

While we cannot completely eliminate negativity in our lives, for without it we might not be able to survive, we have to make sure to build in more positive emotions so that we derive more physiological and psychological benefits.

Improving our daily dose of positive feelings is more like understanding what really makes us happy, joyful or confident, it could be an early morning walk, jog or a gym/yoga routine, making a cup of tea, listening to music or anything that makes you feel good, doing things for other people, for instance, just making somebody’s day can make you feel positive.

You can probably write a journal on a daily basis for about a week and identify instances, which made you confident, happy, and enthusiastic, and perhaps, this could be rated for happiness on a scale of 1-10.

Once you have understood these little joy enhancers then you should learn to prioritize and build more of them into your daily routine, preferably in the first part of the day.

When we increase positivity in our lives, lots of good things happen, first, we feel better physically, our interpersonal skills improves, together with our problem solving capacities, and productivity at work.

The more positive moments we experience, the more resilient we become and are better able to manage stress.

Thus improving the quality of our lives. – R. A. Nadesan is a Business coach who focuses on EQ, strengths based coaching and innovation. He can be reached at ranadesan@yahoo.co.uk