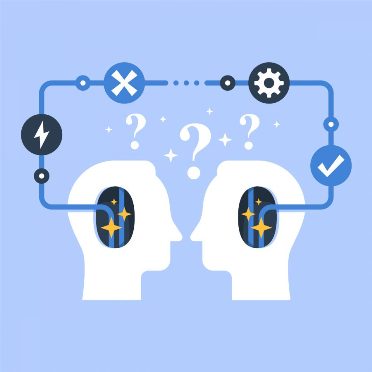 It was a humid Saturday afternoon in a well-known college, in the outskirts of the town. Four girl friends were in their room lazily gossiping and chatting, and then suddenly one of them said, “Why don’t we take a bus ride to town, (which was about twelve miles away,) and have some pizza and ice-cream and get back?”

Outside the heat was fierce, and it was a long walk to the bus stand, but one by one the girls agreed; one said, “Wow! That will be fun, let’s go”, another said it would be a change, and finally they all agreed to go.

A few hours later, they came back exhausted and bathed in perspiration, and just collapsed into the available chairs. They attempted to make small talk about the trip and the fun they had, when one of them suddenly said, “Hey guys, you know something, the trip wasn’t great and I never really wanted to go, I would have preferred just chatting here,” and immediately another girl said, “Same here, but I didn’t want to be a spoilsport, so I agreed,” and the third said she would much rather have stayed back and relaxed; finally it appeared as if none of them had really wanted to go, and the unkindest cut of it all was that the girl who had proposed the idea in the first place later said, “I thought everyone was bored, and so I suggested it, I didn’t really want to go.”

The bottom line was that the four of them had undertaken a torturous journey in the blistering heat, when in reality none of them really wanted to go, and were happy where they were and content with what they were doing.

The question was, why did they do it? They were all educated young adults; trained to think scientifically and analytically, and here they were, with an inability to manage agreement between them.

This kind of situation is very common, and it has a name. It’s called The Abilene Paradox.

It was coined by Jerry B. Harvey, Professor Emeritus of Management at The George Washington University. The term came into existence when he was witness to a scenario very similar to the one above. He was visiting his in-laws in Coleman, Texas one summer. They were all playing dominos when his father-in-law suggested that they all drive down to Abilene, about sixty miles away, for dinner. They all agreed, but secretly no one wanted to go, not even his father-in-law.

They all ended up taking a trip across the scorching desert that none of them really wanted to take.

Social psychology explains it as a theory where human beings are averse to acting against the trend of a group; they possibly feel that not conforming might make them appear as outsiders, and nobody wants that. There is a constant need for harmony and a fear of displeasure amongst groups.

Going with the group, while appearing harmless might be dysfunctional and can have serious ramifications; it could lead to students just trying out alcohol or drugs, as not doing so may result in fear of exclusion from the group, or as Harvey says ”separation anxiety”.

Remember, just because you are different does not mean you are wrong.

Standing up for what you believe in will not make you an outsider. In fact people will appreciate you for your conviction and ability to add value.

Remember, that the tallest oak in the forest was once a little nut that held its ground.

– R. A. Nadesan is a Business coach who focuses on EQ, strengths based coaching and innovation. He can be reached at ranadesan@yahoo.co.uk

At rally for Georgia Senators, Trump focuses on his own grievances