1953 – The coronation of Queen Elizabeth II, who is crowned Queen of the United Kingdom, Canada, Australia, New Zealand and Her Other Realms and Territories & Head of the Commonwealth, the first major international event to be televised 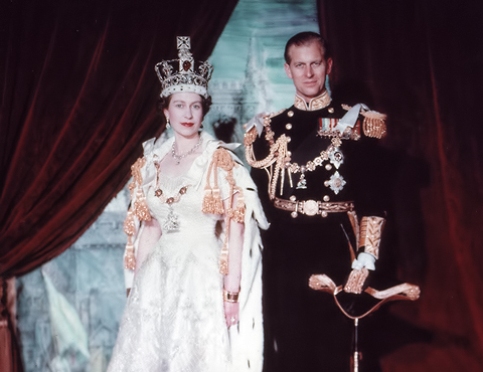 The coronation of Elizabeth II took place on this day in 1953 at Westminster Abbey, London. Elizabeth II acceded to the throne at the age of 25 upon the death of her father, George VI, on February 6, 1952, being proclaimed queen by her privy and executive councils shortly afterwards. The coronation was held more than one year later because of the tradition of allowing an appropriate length of time to pass after a monarch dies before holding such festivals. It also gave the planning committees adequate time to make preparations for the ceremony. During the service, Elizabeth took an oath, was anointed with holy oil, was invested with robes and regalia, and was crowned Queen of the United Kingdom, Canada, Australia, New Zealand, South Africa, Pakistan, and Ceylon (now Sri Lanka).

Celebrations took place across the Commonwealth realms and a commemorative medal was issued. It has been the only British coronation to be fully televised; television cameras had not been allowed inside the abbey during her father’s coronation in 1937. Elizabeth’s was the fourth and last British coronation of the 20th century. It was estimated to have cost £1.57 million (c. £43,427,400 in 2019).

Spared for months, Vietnam faces a wave of new infections