1917- Russian women protest demanding "bread and peace", forcing the Tsar to abdicate and the provisional government to grant women the right to vote, formalizing this day as International Women’s Day 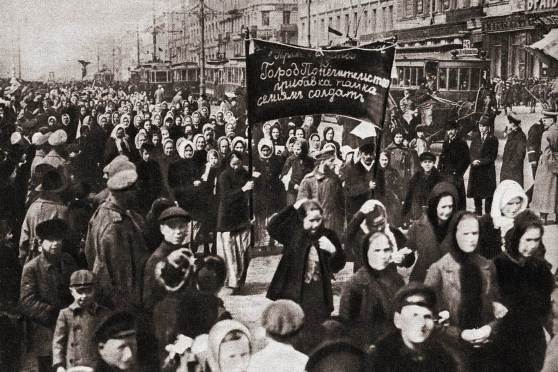 International Women’s Day, also known as IWD for short, grew out of the labour movement to become a recognized annual event by the United Nations (UN).

The seeds of it were planted in 1908, when 15,000 women marched through New York City demanding shorter working hours, better pay and the right to vote. It was the Socialist Party of America who declared the first National Woman’s Day, a year later.

The idea to make the day international came from a woman called Clara Zetkin. She suggested the idea in 1910 at an International Conference of Working Women in Copenhagen. There were 100 women there, from 17 countries, and they agreed on her suggestion unanimously.

It was first celebrated in 1911, in Austria, Denmark, Germany and Switzerland. The centenary was celebrated in 2011, so this year we’re technically celebrating the 110th International Women’s Day.

Things were made official in 1975 when the United Nations started celebrating the day. The first theme adopted by the UN (in 1996) was “Celebrating the past, Planning for the Future”.

The date when the women’s strike commenced on the Julian calendar, which was then in use in Russia, was Sunday 23 February. This day in the Gregorian calendar was 8 March – and that’s when it’s celebrated today.

International Women’s Day has become a date to celebrate how far women have come in society, in politics and in economics, while the political roots of the day mean strikes and protests are organized to raise awareness of continued inequality.