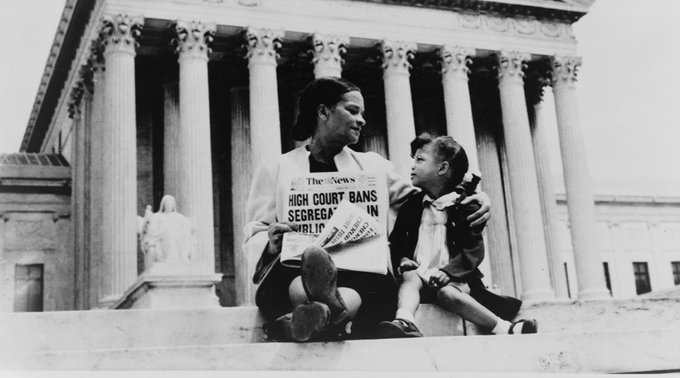 On this day in 1954, lawyer Thurgood Marshall scored a landmark victory as the US Supreme Court unanimously ruled in Brown v. Board of Education of Topeka that racial segregation in public schools was unconstitutional even if the segregated schools are otherwise equal in quality. It paved the way for integration and was a major victory of the civil rights movement, and a model for many future impact litigation cases

The underlying case began in 1951 when the public school system in Topeka, Kansas, refused to enrol local black resident Oliver Brown’s daughter at the elementary school closest to their home, instead requiring her to ride a bus to a segregated black school farther away. The Browns and twelve other local black families in similar situations filed a class action lawsuit in US federal court against the Topeka Board of Education, alleging that its segregation policy was unconstitutional. A three-judge panel of the US District Court for the District of Kansas rendered a verdict against the Browns, relying on the precedent of Plessy v. Ferguson, in which the Supreme Court had ruled that racial segregation was not in itself a violation of the Fourteenth Amendment’s Equal Protection Clause if the facilities in question were otherwise equal, a doctrine that had come to be known as ‘separate but equal’. The Browns, then represented by NAACP chief counsel Thurgood Marshall, appealed the ruling directly to the Supreme Court.