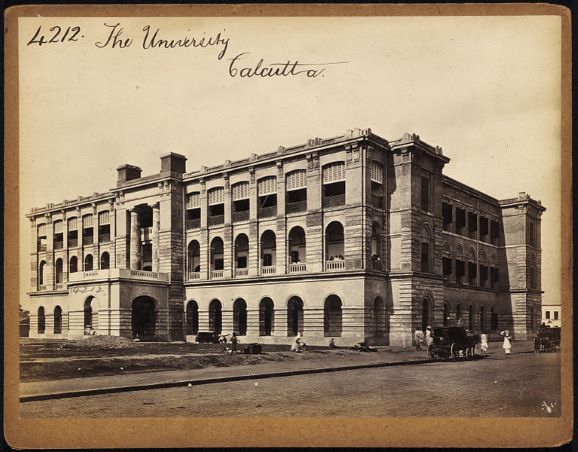 The University of Calcutta, a collegiate public state university located in Kolkata, West Bengal, India, established on this day in 1857, is the first multidisciplinary and Western-style institutions in Asia. Today, the university’s jurisdiction is limited to a few districts of West Bengal, but at the time of establishment it had a catchment area, ranging from Lahore to Myanmar. Within India, it is recognized as a ‘Five-Star University’ and accredited an ‘A’ grade by the National Assessment and Accreditation Council (NAAC). The University of Calcutta was awarded the status of ‘Centre with Potential for Excellence in Particular Area’ and ‘University with potential for excellence’ by the University Grants Commission (UGC).

The university has a total of fourteen campuses spread over the city of Kolkata and its suburbs. As of 2020, 151 colleges and 21 institutes and centres are affiliated with it. The university was fourth in the Indian University Ranking 2021 list, released by the National Institutional Ranking Framework of the Ministry of Education of the Government of India.

Its alumni and faculty include several heads of state and government, social reformers, prominent artists, the only Indian Academy award winner and Dirac medal winner, many Fellows of the Royal Society and five Nobel laureates—the highest number in South Asia—as of 2019. The five Nobel laureates associated with this university are: Ronald Ross, Rabindranath Tagore, C. V. Raman, Amartya Sen and Abhijit Vinayak Banerjee. The university has the highest number of students who have cleared the National Eligibility Test.

US orders family members of embassy staff to leave Ukraine