1946 – The first General Assembly of the United Nations assembles in the Methodist Central Hall, Westminster. Fifty-one nations are represented 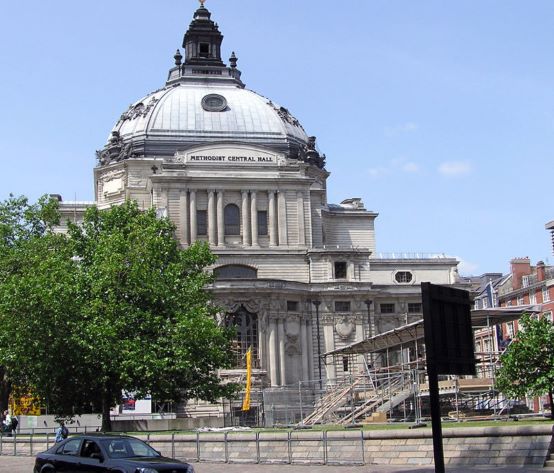 The United Nations General Assembly (UNGA), one of the six principal organs of the United Nations (UN), serving as the main deliberative, policymaking, and representative organ of the UN, convened its  first session in the Methodist Central Hall in London on this day in 1946,  and included representatives of 51 nations. The next few annual sessions were held in different cities: the second session in New York City, and the third in Paris. It moved to the permanent Headquarters of the United Nations in New York City at the start of its seventh regular annual session, on October 14 1952. In December 1988, in order to hear Yasser Arafat, the General Assembly organized its 29th session in the Palace of Nations, in Geneva, Switzerland.