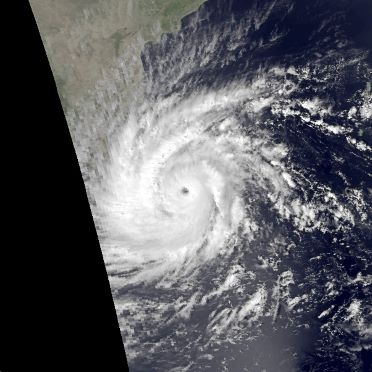 The 2nd strongest Super Cyclonic Storm to strike Sri Lanka’s Eastern Province since modern records began, the 1978 Cyclone (JTWC designation: 04B), formed over southwest Bay of Bengal on November 19, and attained peak intensity as a Super Cyclonic Storm on this day in 1978, right before making landfall in Batticaloa. The cyclone had devastating impacts in Sri Lanka, killing about 915 people, affecting more than one million people, damaging over 250,000 buildings and destroying one fifth of Batticaloa’s fishing fleet. The cyclone also destroyed nine of the 11 paddy stores and 90% of the coconut plantation in the Batticaloa district.