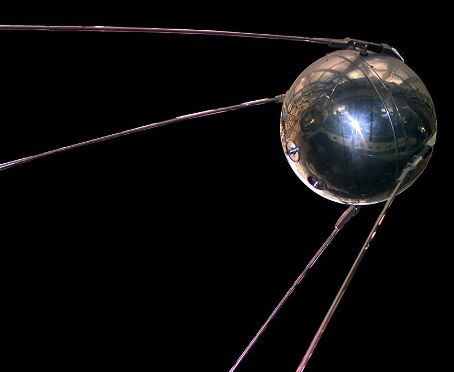 Sputnik 1, the first artificial Earth satellite was launched into an elliptical low Earth orbit by the USSR on this day in 1957 as part of the Soviet space program. It orbited for three weeks before its batteries died and then orbited silently for two months before it fell back into the atmosphere on January 4, 1958.

The satellite’s unanticipated success precipitated the American Sputnik crisis and triggered the Space Race, part of the Cold War. The launch was the beginning of a new era of political, military, technological and scientific developments. The word “sputnik” is Russian for satellite when interpreted in an astronomical context.  Its other meanings are the spouse or travelling companion.

Photo Caption – A replica of Sputnik 1, the first artificial satellite in the world to be put into outer space at National Air and Space Museum –Wikipedia