Wins FSL election by a majority of 6 votes 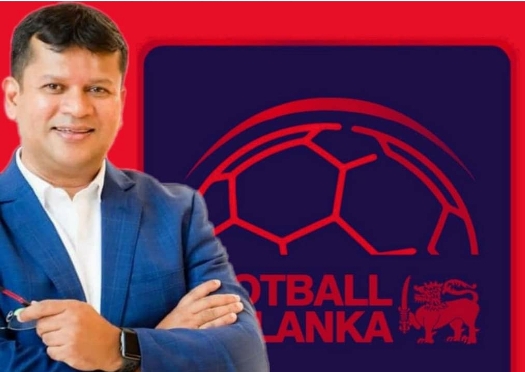 GALLE – Football Sri Lanka (FSL) election held on Wednesday (30) for the top post, was a nail-biting affair, but former General Secretary Jaswar Umar prevailed over Dr. Manil Fernando to become the FSL’s new President by a majority of six votes. The election was conducted in three districts namely, Kandy, Galle, and Polonnaruwa.
Jaswar polled 96 votes,  while his opponent Dr. Fernando was able to poll 90 votes. Accordingly, the Elections Committee Chairperson, Rohini Marasinghe, declared Jaswar Umar as the new President of Football Sri Lanka at the Galle Polling Station. Subsequently the rest of the nominees, for the other posts on the committee, from Dr. Fernando’s party withdrew.
According to existing health policies, the election was held at three locations. Jaswar polled 43 votes at the Polonnaruwa polling station to Manil’s 19 votes and obtained 34 votes from Kandy to his opponent’s 20. Though Dr. Manil scored heavily in Galle with 51 votes to Jaswar’s 19, it was not enough to put him in the lead.
There were 186 registered voters from the 62 football leagues across the country and all votes were cast, with none rejected.
“It was a hard-fought election. In the history of Sri Lankan football, this election has shown that people can still make a difference if they have the determination to change any administration. It is the people of this country who won this election, not just me, and as a result, we will finally see the change, we all have been waiting for, in the making of football. I thank Dr. Manil Fernando, and outgoing president, Anura de Silva, for their corporation in conducting this election in a free and fair manner. And from now on, Sri Lankan football will embark on a new journey with the Motto, ‘Let’s rise again’- starting from every village to the cities of this country,” Oman said in his victory speech.
He also thanked Minister Namal Rajapaksa, the Ministry of Sports, the health authorities, FFSL staff and all those who worked hard over the last month to conduct this election. “There is new Hope for Sri Lankan football- Let’s rise again,”  he added.
Addressing the media, after the election, Dr. Manil Fernando said they will closely monitor what will happen to football in the future. “I will think a little more about whether to remain in football further and the final decision will be taken in a few days after consulting my family and the people who supported me. I congratulate Jaswar on his victory. I accept this outcome. But having a vote in three places was a disadvantage on one hand because I couldn’t talk to those voters. But that is not the only reason for my defeat,”  he said.

The term of office of the newly elected team will be limited to one year and the next election should be held before May 31 next year.