The first ever online competitive fun camp for students of Grades 9, 10 and 11 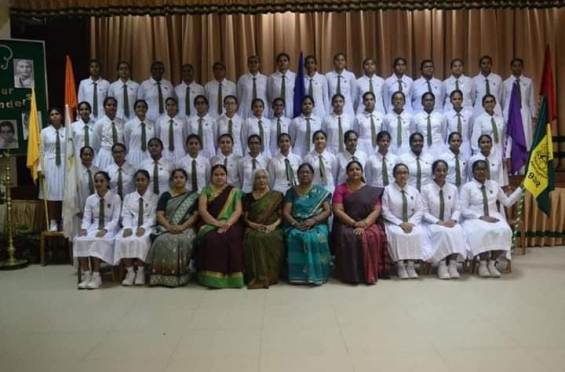 Forty-five efficient student leaders who started their journey as junior prefects at the Saiva Mangaiyar Vidyalayam on August 19, 2020, were appointed as senior prefects by the executive board of prefects of the Vidyalayam on March 21, 2021.

The student leaders, as junior prefects, brought immense pride to the school by winning the championship and Rs 150,000 cash prize of the Titan Games series conducted by the Rotaract Club of Pearl Island. They accomplished this feat under the guidance of former teachers-in charge Mrs Suranutha Jeyaruban and Mrs Radhika Perinbam. 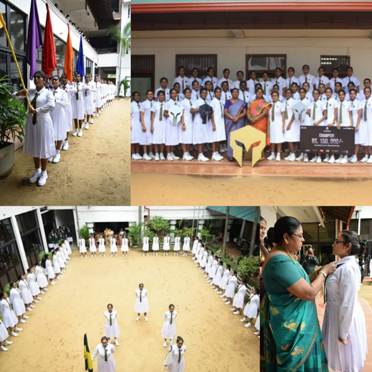 After their investiture ceremony, the newly appointed senior prefects inaugurated the prefects’ chamber as a kind gesture for their former teacher in charge.

Though the schools were closed soon after their investiture ceremony due to the prevailing pandemic, they never paused to prove their potential in bringing pride to the school and serving the school society.

They initiated the ‘Heave the Blues’ campaign with the aim of spreading positivity and motivation during this unwelcome pandemic situation in the country, taking into consideration the mental health of the student society. Insightful documentaries and meaningful ideologies were shared among the students by them.

As a successive step of the campaign, they organized ‘Minreva’, the first-ever online competitive fun camp for Grade 9, 10, and 11 students of Saiva Mangaiyar Vidyalayam.  The camp was inaugurated on June 14, 2021, under the guidance of the school manager, Mrs Sivananthini Duraiswamy, Principal, Mrs Arunthathy Rajavijayan and current teachers in charge Mrs Alli Thillainadarajah and Mrs Malarvili Srikumar. The one-month camp was filled with various tasks such as quizzes, documentaries, review writing, pictorial competitions, and craft-making to explore the individual and creative talents of the students. Along with the creative and fun-filled events, daily bonus tasks on weekdays and fruitful weekend sessions were assigned to the participants. 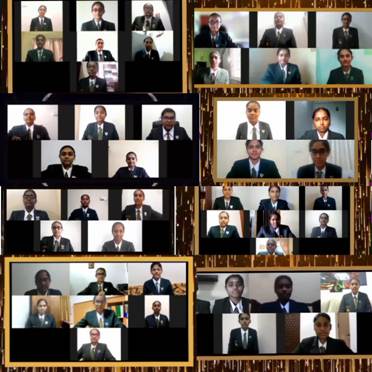 The participants were given a week’s break, after which the camp took on a different dimension creating intense rivalry among the 16 talented classes.

Participants eagerly took part in all the tasks, showcasing their team spirit and unity. The weekend sessions were one of the most integral parts of the camp. Organized particularly to improve the various skills of the students, it was an absolute stress-buster as the sessions were conducted by engaging toastmasters Mrs Laxmi Senthilnathan, Mr. Romedha Thoradeniya, prefects from 19/20 prefects guild and former vice games captain Ms Pavithra Ramaneehara Sharma. On the last day, a final murder mystery task was held via zoom with the top 6 classes chosen to compete by analyzing their performances in the previous tasks. 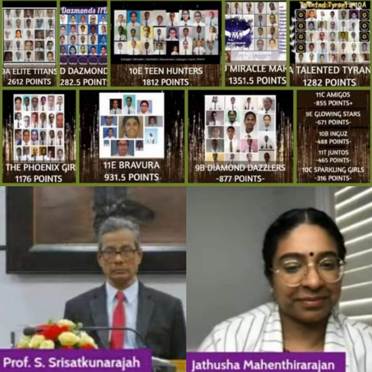 The camp successfully ended after 40 days with Minerva’s ‘ADIEU: The Conclusion’ on August 8. The classes and individuals who performed well in each of the tasks were given best performance awards. The classes were chosen according to the points they earned in each competition, along with their potential and commitment level till the end of the camp.

The final day was celebrated to appreciate the untiring efforts of the prefects and students. It was a great honour for the school society to have the presence of Mr. Sivakolundu Srisatkunarajah, the vice-chancellor of the University of Jaffna, an eminent scholar and a highly qualified educationist in Sri Lanka as the Chief Guest and Ms Jathusha Mahendrarajan founder of L.I.G.H.T foundation Canada, a young and energetic activist as the Special Guest on awards night.

Prefects along with Grade 9, 10, and 11 students presented a variety of programs based on mental health, leadership, and social skills. The winners were announced in between the events by the school manager, madam principal, former principals and deputy principals, current deputy principal, and vice-principals, former teachers in charge of the prefects guild, primary headmistress current teachers in charge of prefects guild. The champions were announced by the Chief Guest. 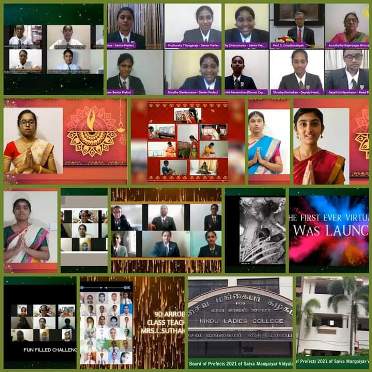 Motivational and thought-provoking speeches presented by the Chief Guest and Special Guest encouraged the students.

The ultimate aim of this journey is to mould the children into eminent future leaders with both moral and innovative capacity and hence the prefects achieved their goals by working together with unity and made the school proud once again. 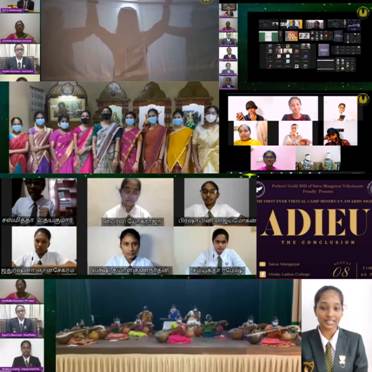