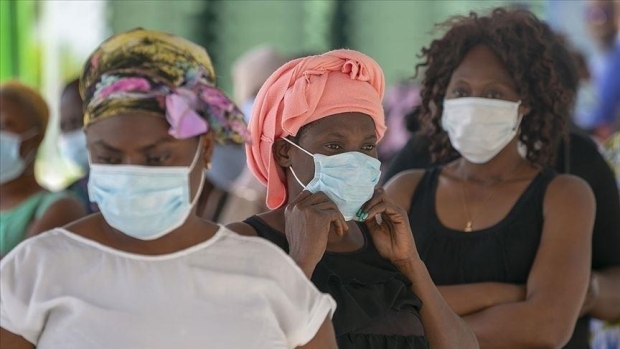 KISUMU, Kenya — Before Kenya’s president and other leaders arrived in late May to mark a major public holiday, health officials in Kisumu on Lake Victoria saw disaster brewing. Coronavirus infections were spiking, hospital isolation units were filling up and the highly contagious Delta variant had been found in Kenya for the first time — in Kisumu County.

Dr. Boaz Otieno Nyunya, the county executive for health and sanitation, said he and other health specialists argued and pleaded for the politicians to hold a virtual celebration and skip the mass, in-person events that can supercharge an outbreak. Just weeks earlier, huge political rallies had helped fuel the catastrophic COVID-19 wave in India, where the Delta variant first emerged and became dominant.

Their objections were waved away, the health officials said. President Uhuru Kenyatta, Deputy President William Ruto, former Prime Minister Raila Odinga and others descended on Kisumu, drawing large and mostly unmasked crowds who thronged the streets to watch their slow-moving motorcades through the city and gathered to hear them at marketplaces and parking lots.

In the weeks since, all reports show an alarming surge in infections and deaths in the county of just over 1.1 million people, with the virus sickening mostly young people. Dr. Patrick Amoth, acting director-general of Kenya’s health ministry, said the Delta variant was driving the upswing.

With medical supplies depleted, vaccines scarce, doctors lamenting physical and mental fatigue and hospitals turning away patients for lack of beds or oxygen, health officials say they fear a wave like the one that ripped through India in April and May could be looming over Kisumu.

“The India example is not lost to us,” Nyunya said.

Though data on infections and deaths is spotty, more than 23% of the people tested for the virus in Kisumu last week were positive — more than double the national rate. Kenya’s overall positivity rate is similar to that of the United States when the pandemic peaked there in January. But the Delta variant was still rare then, the American health system is far more robust than Kenya’s and the US government was ramping up vaccination on a grand scale.

All of Africa is vulnerable, as the latest wave of the pandemic sweeps the continent, driven in part by more transmissible variants. Fewer than 1% of Africa’s people have been even partially vaccinated, by far the lowest rate for any continent.

“I think the greatest risk in Africa is to look at what happened in Italy earlier on and what happened in India and start thinking we are safe — to say it’s very far away from us and that we may not go the same way,” said Dr. Mark Nanyingi, an infectious disease epidemiologist at the University of Liverpool in Britain. He called the surge in western Kenya a “storm on the horizon.”

COVID-related deaths in Africa climbed by nearly 15% last week compared to the previous one, based on available data from almost 40 nations, the World Health Organization said. But experts say the true scale of the pandemic far exceeds reported figures in Africa, where testing and tracing remain a challenge for many countries, and many nations do not collect mortality data.

To forestall the ongoing crisis, Kenya’s Ministry of Health last week imposed a restriction on gatherings and extended a dusk-to-dawn curfew in Kisumu and more than a dozen surrounding counties. But the measures were too late for Nyunya, who said that thinking back on the deliberations — which involved county governor Peter Anyang’ Nyong’o, a former national health minister — over the celebrations last month, “It makes you feel impotent.”

In Uganda, which borders Kenya near Kisumu and has announced record cases and deaths, President Yoweri Museveni has imposed a strict 42-day lockdown. Just weeks ago, Rwanda hosted the Basketball Africa League and other big sporting events, raising the possibility for a full reopening. But after a spike in cases, the government introduced new lockdown measures on Monday.

Congo — where the virus has claimed the lives of more than 5% of lawmakers — is grappling with a third wave as it falters in rolling out vaccines. South Africa, the continent’s worst-hit nation, has reported new infections doubling in just two weeks’ time, with the sharpest increases in major urban centres. Tunisia, where hospitals are full and oxygen supplies are low, is enduring a fourth wave.

The WHO attributes the surge in Africa to lack of vaccination, insufficient adherence to precautionary measures like mask-wearing and social distancing, and the Delta and other variants.

In Kisumu, health officials first detected the Delta variant in early May, in factory workers who had arrived from India. Since then, it has spread to neighboring counties, with doctors saying patients were presenting more severe symptoms than they encountered earlier in the pandemic.

The increase in infections has stretched both public and private hospitals, with many saying they have turned patients away or referred them to hospitals as distant as Nairobi, the capital, more than 220 miles away.

The private Aga Khan Hospital in Kisumu typically saw two or three COVID patients at a time early this year. But during a recent visit, the hospital had 18 such patients, with only 12 beds designated specifically for COVID treatment.

The Kisumu County Hospital had only one bed available out of 13 in its isolation unit, said Salome Situma, the supervising nurse of the COVID-19 unit. The hospital doesn’t have piped oxygen and all five portable cylinders were in use, she said.

Musa Ismail, the chairman of the Kisumu Muslim Association, said the Muslim community was at times burying two to three people a day in recent weeks, where they used to bury just one every few months. Zablon Awange, executive secretary of a county teachers union, said it had buried several teachers in recent weeks. Sally Okudo, a member of the county assembly, said there was a sudden spike of deaths among her constituents.

For now, families who have lost loved ones are adjusting to a new reality.

Edward Onditi, 33, lost both his brother and his mother to COVID-19 this month. He said he left Nairobi to come and assist his family after his brother, Herbert, whom he regarded as a best friend and mentor, fell ill.

For weeks, the family transported Herbert, 43, between three hospitals in two counties — a distance of 70 miles in total — so that he could get high-flow oxygen. On the day before Herbert died, Edward had fish, his brother’s favourite meal, delivered to his isolation ward and promised to take him on a holiday once he was out.

“I’m so touched,” his brother said in a text message sent on June 2.

Barely 12 hours later, he was gone.

A few days later, their mother, Naomi, who had been ailing, succumbed to complications from COVID-19, too.

“It’s one of the toughest moments of my life,” Edward Onditi said on a recent afternoon, his eyes welling with tears. “Things are just not working. They are not adding up.”

Delta Plus coronavirus variant shifts into spotlight in India

COVID-19 public health measures are essential even with vaccinations

The pandemic has a new epicentre: Indonesia

Scientist finds early virus sequences that had been mysteriously deleted