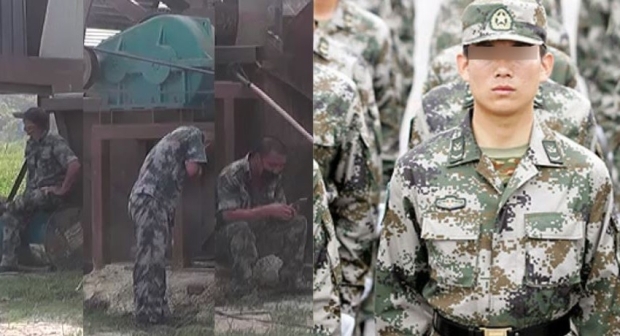 COLOMBO – The Sri Lankan government has asked the Chinese embassy in the country to educate a Chinese company to refrain its employees from wearing military-style camouflage uniforms.
The matter was raised by Sri Lankan Defence Secretary-General (Retd) Kamal Gunaratne following media reports that the employees of the Chinese company, dredging the Tissa Wewa in Tissamaharama, were seen in uniforms similar to those of soldiers in China’s People’s Liberation Army, local media reported.
The private Chinese company has employed Chinese workers for an ongoing project to remove silt in the ‘Tissawewa’ tank in Tissamaharamaya town of Hambantota District, in the Southern Province.
The Embassy of the People’s Republic of China in Sri Lanka, following a query made by Defence Secretary Gunaratne, has affirmed that the said employees are not members of the People’s Liberation Army and it is the respective overseas company’s overall uniform entitled to the staffers.
Sri Lankan Defence Ministry also informed the local private company to avoid the recurrence of such action henceforth.
Gunaratne has also directed the Southern Province Senior Deputy Inspector General of Police to thwart any further attempt of such nature.
Meanwhile, the CID and the army had conducted an investigation to determine whether Chinese nationals had violated the law due to the uniform they were wearing. “The investigators found that the Chinese nationals had not violated any law. They have used ‘overalls’. There are actually several institutions in Colombo where labourers wear similar overalls,” co-Cabinet spokesman Minister Keheliya Rambukwelle said.
-ANI