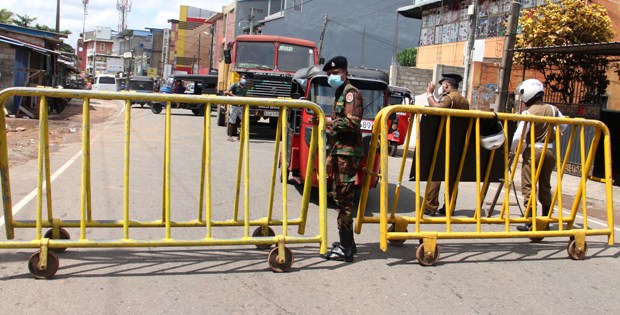 COLOMBO – A 20-day ban on inter-province travel came into effect at midnight on Tuesday (11), with Police Spokesman DIG Ajith Rohana saying the restrictions will be in place until May 31.

The president’s office in a statement released on Monday (10) announced the inter-provincial travel restrictions, as one of several measures to curb the spread of the novel coronavirus, but did not mention when it will go into effect, leading to confusion as to when the restrictions would become operative.

However, government ministers, Army Commander Gen Shavendra Silva and the police spokesman rectified that omission on Tuesday, with Minister Udaya Gammanpila telling reporters at the weekly cabinet press briefing that the restrictions would not be applicable to essential services, export-oriented industries, and those involved in agriculture and fisheries activity, but added that details on how it is going to be implemented was yet to be discussed. “It is at the experimental stage at the moment,” he said.

Meanwhile, Police Spokesman Ajith Rohana told a special media briefing that tri-forces and police Special Task Force (STF) would be set up roadblocks at all provincial borders from midnight Tuesday and that travel for holidays and leisure activities, such as hotel stays and family visits, have also been banned, with hotels asked not to permit people from other provinces to stay on vacation.

Meanwhile, employees required to cross provinces for work have been requested to use their office ID or document from the company as an official pass, while police officers residing in isolated areas have been requested not to report to work until the isolation is lifted.

Chandro Tomar, who shot her way through a glass ceiling, dies