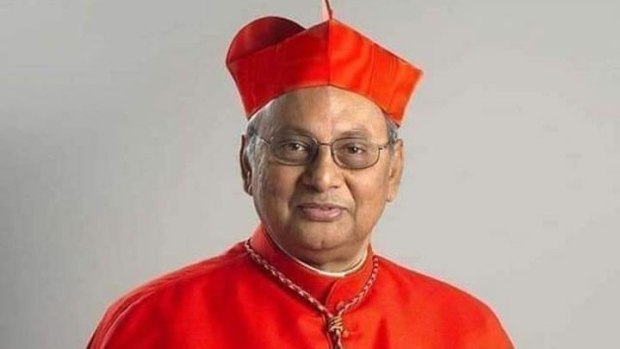 COLOMBO – In an apparent 180 on an explosive statement he had made on Sunday (18), the head of Sri Lanka’s Catholic Church said on Monday (19) he never intimated the 2019 Easter bombings were politically motivated.

Colombo Archbishop Malcolm Cardinal Ranjith told reporters, contrary to media reports that he had blamed the attack on unnamed parties who used the perpetrators as pawns to “strengthen their political power”, he was simply referring to international forces and their links to Wahhabism.

“My comments have been misunderstood. I never said there is no Islamic extremism or expansionism in the country. I wasn’t referring to any political force. I was talking about Wahhabism and how it might be a tool used by certain powerful countries,” he said at a press conference Monday afternoon flanked by a number of Catholic bishops.

“I wasn’t referring to any local political forces or leaders,” he stressed.

Speaking at a ceremony held in Borella on Sunday, in remembrance of the victims of the 2019 Easter Sunday attack, Ranjith said: ““Our brethren were attacked  not by (Islamic) religious extremism, but by a group that exploited it to use the attackers as pawns in order to strengthen their political power.

“What we see in this (Easter Sunday attack) is not religious fanaticism or a love for a religion, but the attempts of certain forces to consolidate their position.”

His remarks seemed to echo a sentiment expressed by a section of Sri Lanka’s opposition that the bombings were masterminded by powerful political forces with links to the present government.

This is the second time this month that the church has appeared to backtrack on a hard-hitting statement attributed to the Cardinal, who has been increasingly critical of the progress or lack thereof of government probes into the perpetrators of the series of bombings that shook the country on April 21, 2019.

Earlier this month, a visibly irate Ranjith launched a scathing attack on former President Maithripala Sirisena, accusing him of failing to prevent the tragedy – only for a spokesman to clarify his true intentions less than a week later. Father Cyril Gamini Fernando told reporters that Ranjith’s harsh words were not intended to be a personal or political attack on anyone.

“The Cardinal had no intention whatsoever of attacking anyone politically. We see the Easter bombings as a national tragedy. The attack posed a serious threat to national security – a threat that continues to linger,” Fr Fernando said.

In February this year, the Colombo Archbishop said if Sri Lanka fails to bring the perpetrators and masterminds to book, international judicial assistance will be sought.

“We trust our leaders will prevent such an eventuality. We are hopeful that they will respond favourably to our requests through the [report of the presidential commission of inquiry appointed to probe the attacks] and subsequent court cases,” Ranjith told reporters on February 11.

The Cardinal, who has been courting controversy for some years, had previously warned that the church would organize island-wide protests if the masterminds of the attack that killed 267 people and injured at least 500 are not found. Many of the victims were Catholic or Christian.

Addressing the press on Monday, the Cardinal called on all Sri Lankans including religious leaders to join the Catholic community in observing a two-minute silence in memory of the victims at 8: 45 a.m. on Wednesday (21), which marks two years since the attack.

Battle over super league begins with letters, threats and banners