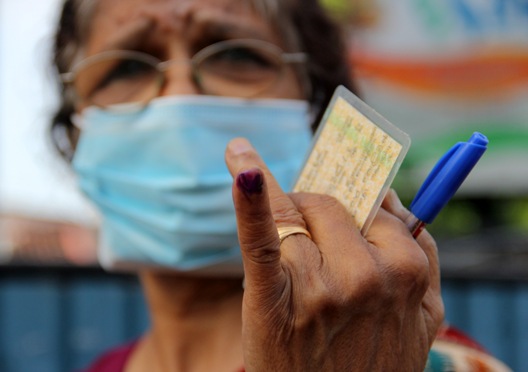 COLOMBO – Conflicting signals emanating from the Sri Lankan government suggest that the long-delayed elections to the nine Provincial Councils may not be held any time soon.

Though various reasons are cited to account for the delay (since 2018), the bottom line (which is not articulated for obvious reasons) is that the ruling Sri Lanka Podujana Peramuna (SLPP) is not confident of winning the elections, if held now or even in the near future.

The fact that ministers give various dates for the elections suggests confusion in the ruling party.

The reasons for the lack of urgency in holding elections are basically two: (1) the parlous state of the Sri Lankan economy and (2) certain hurdles relating to the election law.

While the ailing economy is difficult to fix, the legal hurdles can be fixed if there is a will, because the SLPP-led alliance has two thirds majority in Parliament. But the government will not fix the legal issues until it is confident of winning the elections.  In this respect it will follow what the previous Yahapalanaya government did – sit on the legislation.

The Sri Lankan economy is in the doldrums, partly due to the pandemic and partly due to governmental mismanagement. This is having an impact on the common man. According to MTI Consulting, Sri Lanka’s GDP contracted by over 5% in the first nine months of 2020. All sectors including agriculture, services, tourism, trade, construction, apparels and commodities saw revenue declines of over 10%. For 80% of Sri Lankans, debt repayment remains a major issue. Government debt had gone up by nearly 13% between January and July in 2020.  As of August 2020, Sri Lanka’s external-debt stock amounted to more than US$ 35 billion. The country’s standing with international ratings agencies had fallen, putting a question mark over foreign investments.

According to the Centre for Private Enterprise, jobs contracted by 160,996 in the first quarter of 2020. Unemployment had risen by 6%.

Governance has been below par. On the one hand, there is over centralization, and on the other, there is a multiplicity of agencies and  “authoritative voices” contradicting each other on a daily basis confusing the public. There appears to be little of no room for the participation of ministers and parliamentarians in decision-making.

Apparently aware of the lacunae, President Gotabaya Rajapaksa is incessantly touring the rural areas, defending his government, promising action to solve the peoples’ problems and dubbing the opposition as a lackey of foreign powers out to destabilize Sri Lanka.

Indeed, there are hurdles to be cleared as regards the election law, with the main issue being whether the Provincial Councils elections should be held under the Proportional Representation System or a mixture of the Proportional Representation System and the First Past the Post System and whether there should be a fresh Commission to Delimit Constituencies. These issues have been pending since 2017.

As per the Provincial Councils Elections Amendment Act, No. 17 of 2017, a Delimitation Commission was appointed and had submitted its report, which was however not passed by Parliament. The matter was then referred to a committee of five members headed by the Prime Minister. However, since the committee was taking time, then President Maithripala Sirisena asked the Supreme Court whether the Provincial Council elections could be held under the old system and whether the polls could be conducted using the defeated delimitation report’s recommendations. A five-member bench of the Supreme Court said that elections could not be held either under the new Act or under the old Act. The ball was back in Parliament’s court.

Since the Provincial Council elections issue was raised in the UN Human Rights Council at India’s instance, and India remained neutral when the resolution against Sri Lanka was put to vote, Prime Minister Mahinda Rajapaksa submitted a motion in Parliament seeking the appointment of a Select Committee of Parliament to identify appropriate reforms of the election laws and the electoral system and to recommend necessary amendments. The committee was expected to report to Parliament within six months of its first sitting, or such extended period as Parliament might grant.

But on Saturday (27), President Gotabaya Rajapaksa threw a spanner in the works when he addressed a village group in Matara District: “There is no need for us to propagate so-called neo-liberalism of other countries or to get caught in the big power rivalry striving to establish their influence across the Indian Ocean. We are not ready to bring back separatism in the name of devolution of power and betray our sovereignty to fulfil their political needs.

“The people of this country gave power to us to bring these basic things back on track. As this initiative continues, various forces will rise against us.”

The statement has created doubts as to whether Provincial Council elections will be held at all and whether the Provincial Councils system established following the 1987 India-Sri Lanka Accord, principally to give the Tamil speaking provinces a modicum of devolved power, will continue to exist.

The apprehension in the minds of the Tamil minority in Sri Lanka, and in New Delhi, is that in the guise of rewriting the Sri Lanka constitution, the 13th Amendment of the Constitution on devolution of power will be repealed in favor of a more centralized system, nullifying the India-Sri Lanka Accord.