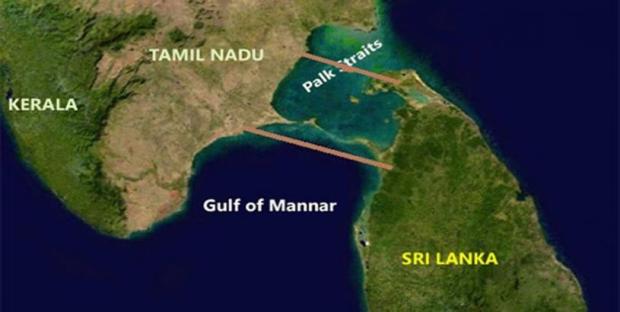 The sources said the projects were security threat to India, which is just across the narrow Palk Strait.

Local media reported the three renewable energy projects are to be located in Delft, Analativu and Nainativu, which are islands off the coast of Jaffna in North Sri Lanka. The projects had been approved by the Sri Lankan Cabinet on January 18.

The energy project’s local partner, the Ceylon Electricity Board (CEB), had entered into a joint venture with MS/Sinosar-Etechwin of China, with funds for the US$ 12 million project to come from the Asian Development Bank (ADB). The award to the Chinese company was recommended by the Cabinet-appointed Standing Committee on Procurement.

International competitive bids were called to install hybrid renewable energy systems in the three islands utilizing accessible energy resources to improve the efficiency of the prevailing energy network. Sri Lankan sources said the location were chosen as the Governor of the Northern Province, P. S. M .Charles had been pressing for power projects due to the energy shortage in her war-devastated domain.

Colombo asked India to submit competitive proposals and added that its companies could bid for other projects in the Northern Province.

But India’s concern was strategic and its security against Chinese snooping. Sri Lankan authorities however say that India should not cite “security” as a reason for blocking Sri Lanka’s projects beyond reasonable limits as doing so infringes Sri Lanka’s sovereignty.