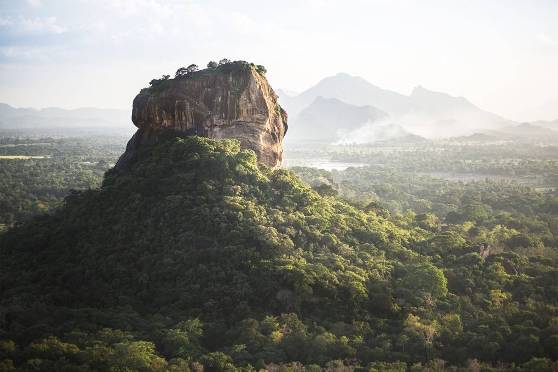 COLOMBO – Sri Lanka will restrict access to important religious and archaeological sites to its citizens as a group of Ukrainian tourists – the first foreign travellers to the island since the COVID-19 outbreak –visits the sites.

The Central Cultural Fund, in a statement issued on Sunday (3), said tourist sites in Polonnaruwa and the Sigiriya will be closed for locals from 1:00 p.m.  Monday (4) until 12:00 noon Tuesday (5), due to the visit by the Ukrainian tour group, noting that the restrictions were being put in place to prevent Sri Lankan pilgrims from mingling with the Ukrainian visitors.

Several groups of Ukrainians are in Sri Lanka at the moment, under a pilot project introduced by the Ministry of Tourism to revive tourism , following the travel ban and airport closure in March last year.

The statement said the ministry was currently creating a modus operandi so that local and foreign visitors to these sites do not mingle in the interest of safety due to the Covid pandemic.

The visitors who were seen disporting themselves on the beaches of Mirissa and other Southern Resorts are due to visit Kandy, Dambulla and other regions in the coming days, the announcement said.

According to media reports, the group of tourists have been brought into the country by the former Ambassador to Ukraine, Udayanga Weeratunga.

An English weekly reported on Sunday that the group of Ukrainian tourists were facilitated by Weeratunga, a relative of Prime Minister Mahinda Rajapaksa who has registered his address as Temple Trees, Colombo 3 the official residence of the premier.