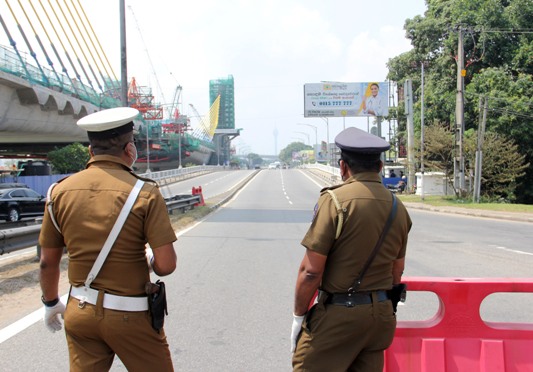 COLOMBO– Sri Lanka’s police on Saturda (14) issued a stern warning to Social Media users who create and share fake news about the COVID-19 epidemic after arresting a man who allegedly posted a story that many Sri Lankans were falling dead of the disease on the streets.

Rohana said police had traced four others who had shared the post and are due to arrest them as well.

These persons will be charged under Regulations issued under the Quarantine Ordinance and sections of the Penal Code for obstructing and violating the quarantine laws, he said.

“This is a case of obstructing the quarantine process and creating unnecessary fear among the public,” Rohana said.

“There have been 53 deaths due to COVID-19 in Sri Lanka up to now and only one person was found dead on the streets,” Rohana said. The deceased was described by the police spokesman as a “beggar with no fixed abode.”

The vagrant had been found ill in Panadura town and bystanders had taken him to the hospital but he had died on admission, police said.

“We want to warn everyone not to create fake news such as this and if it comes into your social media account please don’t share it,” Rohana urged.

Trump is not doing well with his election lawsuits