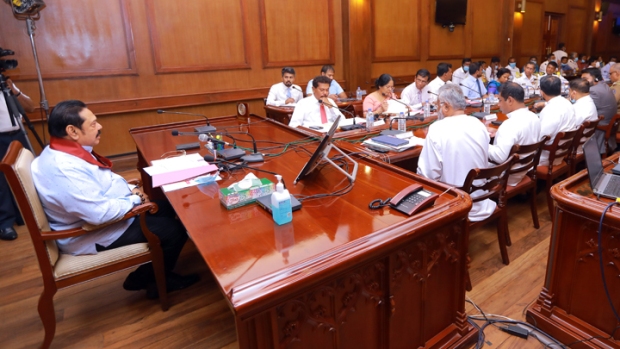 COLOMBO – Sri Lanka’s Prime Minister Mahinda Rajapaksa is slated to raise the issue of poaching in northern seas by trawlers from India, during a virtual summit with his Indian counterpart Narendra Modi on Saturday (26).

Indian trawlers have increased poaching in Sri Lanka’s Northern waters after arrests of fishing boats was stopped during a Coronavirus pandemic, officials had said at a meeting at Prime Minister’s residence on Friday (25).

Some representatives of fisher societies from the North had complained to the PM that their livelihoods were affected due to the poachers.

Prime Minister Rajapaksa has undertaken to raise the issue at the virtual summit on Saturday, a statement from his office said.

Fisheries Minister Douglas Devanda, who is a legislator representing the Jaffna district was also at the meeting.