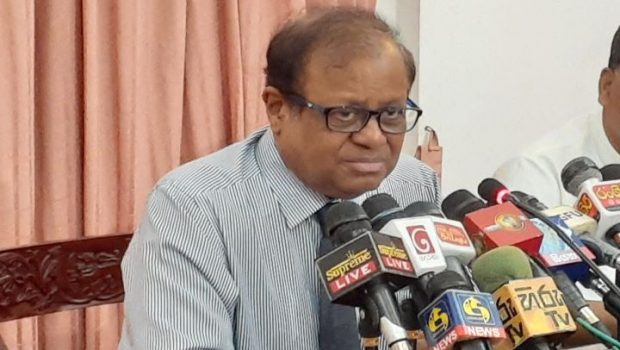 COLOMBO – Former State Minister of Education Reform Susil Premajayantha, who was sacked by President Gotabaya Rajapaksa Tuesday (4) morning, said his dismissal was a blessing in disguise for his political career and was emblematic of the government’s continuing policy misadventures.

Speaking to reporters soon after his removal was announced, Premajayantha said he had not been formally informed of the decision and had only read about in the media. Asked if he was surprised by his firing, the senior politician said it would’ve been a surprise if he hadn’t been fired.

“The way things are going in this country, the way the economy is being managed, we can see where we’re headed,” he said.

Responding to questions from journalists, the Sri Lanka Podujana Peramuna (SLPP) parliamentarian acknowledged that the executive president has the power to appoint or remove anyone without giving reasons. However, Premajayantha made reference to his recent remarks that were widely seen as critical of the government.

“When I went to the vegetable market the other day, one of your own came and asked me about the price of goods. A kilo is chillies is now sold at Rs 1,200. So I said agriculture has failed. We can see that the policies and decisions made have failed. We spoke on behalf of the people,” he said.

Premajayantha, who has held several cabinet portfolios since 2000, recently expressed his apparent displeasure over being side-lined and went as far as to claim that laws were being “drafted elsewhere”.

The MP said he will return to his day job as an attorney-at-law. “I have a job. From tomorrow, I’ll start going to the courts,” he said.

Asked why he was the first to be removed when other ministers, including cabinet ministers, have been vocally critical of the government, Premajayantha said: “Some things may have been discussed at the cabinet meeting last night. Responsibilities have been given to some who are not even qualified to be sanitation workers. They don’t understand the value of education.”

Though he may not be senior enough in the eyes of some in government, he said, he has done his part for the country, under successive presidents since 2000.

“I think what happened is a blessing for my future in politics,” he said, adding,  “The people have appointed us, and we have done our part by speaking up,” he said.

Meanwhile, Media Minister and co cabinet spokesman Dullas Alahapperuma told reporters Tuesday that no reason was give for his colleague’s unceremonious dismissal.

“This was not discussed at cabinet. It was a decision taken by the president as per the powers vested in him by the constitution. As a close friend, we too immediately felt bad about it. But a reason for his dismissal was not given. There was no mention that he was dismissed because he was critical,” said Alahapperuma.