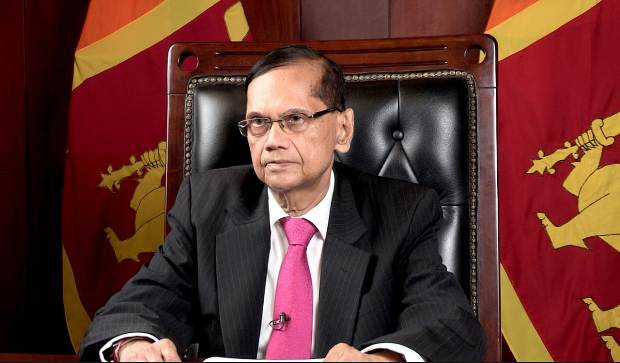 COLOMBO – Sri Lanka on Tuesday (14) rejected the proposal for any external initiatives established by Resolution 46/1, claiming domestic processes were vigorously addressing the relevant matters and warning external moves would polarize the Sri Lankan society, as was experienced with Resolution 30/1.

Foreign Minister Prof G. L. Peiris, in a statement responding to Monday’s (13) oral update on Sri Lanka by the High Commissioner for Human Rights Michelle Bachelet, said external initiatives embarked upon without the cooperation of the country concerned cannot achieve their stated goals, and will be subject to politicization. “The resources expended on this initiative are unwarranted, especially when they are urgently needed for humanitarian and other constructive purposes in many parts of the world,” he added, calling upon the Human Rights Council to adhere to its founding principles.

Bachelet on Monday flagging several issues of concern including the recent declaration of a State of Emergency and the corrosive impact militarization on fundamental rights, civic space and democratic institutions, said her Office’s work to implement the accountability-related aspects of Resolution 46/1 has begun, pending recruitment of a start-up team.

“We have developed an information and evidence repository with nearly 120,000 individual items already held by the UN, and we will initiate as much information-gathering as possible this year,” she said, urging Member States to ensure the budget process provided the necessary support so that her Office could fully implement this work.

Bachelet received a mandate in March this year to collect evidence of crimes alleged to have been committed in Sri Lanka’s long civil war which ended in 2009 with the defeat of the separatist Tamil Tigers, and its immediate aftermath.

The resolution allows the UN “to collect, consolidate, analyze and preserve information and evidence, and to develop possible strategies for future accountability processes for gross violations of human rights or serious violations of international humanitarian law in Sri Lanka, to advocate for victims and survivors, and to support relevant judicial and other proceedings.”

Peiris Under the current and pressing challenges of the COVID-19 pandemic, we consider it a basic duty of a government to ensure the uninterrupted supply of commodities essential to the life of the community. We are open in acknowledging our challenges and as a responsible and democratic government, we are committed to achieving tangible progress on the entire range of issues relating to accountability, reconciliation, human rights, peace and sustainable development.

Reiterating Sri Lanka’s ‘strong and continued cooperation with ‘Council and the United Nations-mandated human rights system’ Peiris noted that country was dealing with post-conflict recovery from the perspective of healing. “Most recently, 16 LTTE cadres convicted of serious terrorist crimes were granted presidential pardons. The success of post-conflict demining, reconstruction and resettlement programs has contributed immensely to national reconciliation,” he said.

Peiris also pointed out that despite the daily challenges of the devastating COVID-19 pandemic, President Gotabaya Rajapaksa’s administration has been addressing human rights issues with some initiatives which were established under the previous government after the 2015 resolution.

Those initiatives include the Office on Missing Persons (OMP) finalizing the list of missing persons in collaboration with other agencies, the Office for Reparations (OR) processing 3,775 claims this year, the Office for National Unity and Reconciliation (ONUR) continuing its 8-point action plan, and the National Human Rights Commission carrying out its mandate.

Peiris also said under the domestic initiatives, a cabinet subcommittee was appointed to revisit the Prevention of Terrorism Act (PTA) and a commission of inquiry established to address issues on accountability and missing persons and to revisit recommendations by previous commissions.

He said the government was maintaining vigorous engagement with civil society to obtain their insights and to harness their support in achieving reconciliation and development. Pointing out that the country remains vigilant in combating terrorism and protecting Sri Lankans of all religions, he said investigations into the Easter Sunday attacks in 2019 and prosecution of perpetrators were continuing in compliance with due process of law in all respects.

‘Not a flag to wave’: Pope criticizes political use of Christianity