Says his biographer A.S. Panneerselvan who contends the Tamil Nadu leader’s stance on the Tamil question was “refined and nuanced”

Muthuvel Karunanidhi, who led the Tamil Nadu political party Dravida Munnetra Kazhagam (DMK) with distinction from 1969 till his death in 2018, and who was Chief Minister of Tamil Nadu several times implementing many progressive socio-economic reforms, was acclaimed as ‘ThamizhIna Thalaivar’ (Leader of the Tamil race).

But his stance on the armed struggle of the Sri Lankan Tamils was controversial and divisive, so much so that his government was sacked in January 1991 for giving the Liberation Tigers of Tamil Eelam (LTTE) a free-run of the state ahead of the assassination of Indian Prime Minister Rajiv Gandhi on Tamil Nadu soil in May that year. The assassination had a climactic effect, profoundly changing India’s attitude to the Sri Lankan Tamil struggle.

However, veteran journalist A. S. Panneerselvan, in his just-released biography of the DMK leader entitled ‘Karunanidhi: A Life’ (Penguin/Viking 2021), states that the Indian establishment as well as the Sri Lankan Tamil nationalists had failed to see the DMK chief’s “refined and nuanced statesmanship” in his dealings with this highly emotive and sensitive issue.

Panneerselavan says Karunanidhi advocated a two-pronged policy: He wanted the Tamil groups to have a ‘maximalist’ goal at one level, and a ‘minimalist’ goal at another level. As trade unions do: ask for ten to get what you really want, which may be six. For Karunanidhi an independent Tamil Eelam was the maximalist demand but unattainable, and ‘13th Amendment Plus’ was the ‘minimalist’ demand, which was attainable.

However, Karunandhi fought a losing battle on this issue as both the Indian and Sri Lankan establishments went by the dictum: “You are either with us or against us.” The net result was the enormous suffering inflicted on the Sri Lankan Tamils by a 30-year war, which ended with the decimation of the LTTE.

The Tamil Nadu leader was by no means a blind supporter of the LTTE at any time, Panneerselvan submits, pointing out that he opposed the inter-militant group clashes tied to the LTTE’s bid to be the “sole representative of the Tamils”. Karunanidhi felt that the LTTE’s fixation with being the sole representative “actually robbed the group of its perfectly legitimate claim of being one of the major representatives of the Tamils.” He warned the fratricidal warfare “would not lead to liberation but to a situation where we will lose sight of who is our enemy, and what is the purpose of our struggle.” But his inclusive approach did not endear him either to the LTTE or its influential diaspora supporters.

The biographer complains that the Jain Commission, which went into the larger conspiracy behind the assassination of Rajiv Gandhi, “conveniently blacked out” Karunanidhi’s restrained and qualified relations with the LTTE. The panel blamed his government for giving the LTTE a free run of Tamil Nadu, which preceded Rajiv’s assassination. Karunanidhi would angrily ask why the Jain commission was silent about Rajiv Gandhi’s two meetings with LTTE emissaries in 1991 and why few talked about the arms supplies and training given to the LTTE by the Congress governments at the Centre. The fact that the Indian and Sri Lankan governments were recognizing the LTTE as the sole representatives of the Tamils was brushed under the carpet.

At the SAARC summit in 1986, President J. R. Jayewardene had acknowledged LTTE leader Prabhakaran’s primacy and wanted to talk to him. After the 1987 India-Sri Lanka Accord, Indian and Sri Lankan governments gave a preponderance of seats to the LTTE in the Interim Administrative Council for the united North-Eastern Province. During R. Premadasa’s presidency, Colombo held talks only with the LTTE. And in 1989 Prime Minister Rajiv Gandhi himself asked Karunandhi to talk to the LTTE to find a settlement to the Tamil question. And yet, Karunanidhi was accused of giving primacy to the LTTE.

Panneerselvan says relations between Karunanidhi and the LTTE were strained from 1986 onwards when the latter refused to accept the money he had collected for the Tamil Eelam cause. The LTTE rejected the offer for fear of alienating MGR who not only gave money to the LTTE but funded only the LTTE. Karunanidhi, on the other hand, wanted to distribute the money among all groups including the moderate TULF, and saw the expulsion of the Muslims from the North by the LTTE as “ethnic cleansing”.

Interested in a peaceful settlement, Karunanidhi supported the Liam Fox (1994-96) and the Norwegian (2002-04) mediatory initiatives. He convinced Prime Minister A. B. Vajpayee to give the Norwegian initiative a chance so long as it did not affect India’s geo-political interests.

In 1990, Karunanidhi (with the assistance of cabinet minister George Fernandes) convinced Indian Prime Minister V. P. Singh to withdraw the Indian Peace Keeping Force (IPKF) from Sri Lanka. He was resolutely against the induction of troops to keep the peace. “Peace-keeping is not a military task, and whenever the military has been deployed, the civilian government is rarely able to get them back to the barracks. On the other hand, we are forced to come up with new acts to defend ourselves, when there is little progress on the ground.”

Karunanidhi warned that if the IPKF was not brought back, it would have stayed there forever. “I am grateful to Prime Minister V. P. Singh and the External Affairs Minister I. K. Gujral for agreeing to my suggestion to bring back the Army without subjecting it to further bloodletting. In peace-building we need the language of fluidity rather than a language of aggression, which flows from the presence of armed forces,” he said. 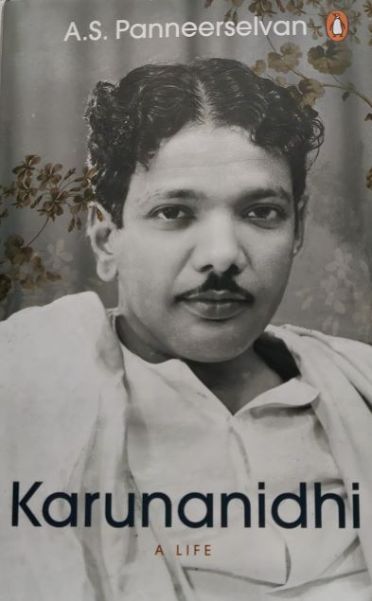 Karunandhi was deeply saddened by the denouement of the armed struggle in Sri Lanka. In his last discussion with Panneerselvan on the Sri Lankan question on April 12, 2011, Karunanidhi said the Sri Lankan Tamils have paid a huge price. It disturbed him “emotionally and intellectually” when he read Jaffna scholar A. J. Canagaratna’s observation: “The sad fate that the search for a Homeland has rendered many of my people homeless is more poignant than any torture and killing.”

Karunanidhi said his concern was “to address the question rather than win the appreciation of some diaspora LTTE supporter who forms his opinion based on, not the second – but tenth hand sources.”

In his Foreword in the Panneerselvan’s book, N.Ram, the former Editor-in-Chief of The Hindu described Karunanidhi as a “constructive realist” who wanted a constitutional settlement in which the “Tamil Homeland” would have the “status, rights and powers enjoyed by an Indian State.” Ram regrets that the “fine distinction between compromise and conciliation that the DMK leader made, was lost on the Liberation Tigers of Tamil Eelam (LTTE), the  chauvinistic Sri Lankan leaders, and a wide section of Indian policy makers.”

There is very much more in Panneerselvan’s book about Karunanidhi’s life than about his involvement with the Sri Lankan Tamil issue, which is only a brief chapter. With interesting anecdotes, the account traces Karunanidhi’s event-filled life from childhood. His involvement with the Dravidian social justice movement under Periyar E. V. Ramaswamy Naicker, his career in the DMK founded by C. N. Annadurai, his conflict with matinee idol M. G. Ramachandran in the political and cinema fields, his bitter rivalry with film star turned political leader J. Jayalalithaa and his uneasy relations with the Indian Central government, complicated by the machinations of the Central intelligence agencies, encapsulate the colourful history of 20th century Tamil Nadu.