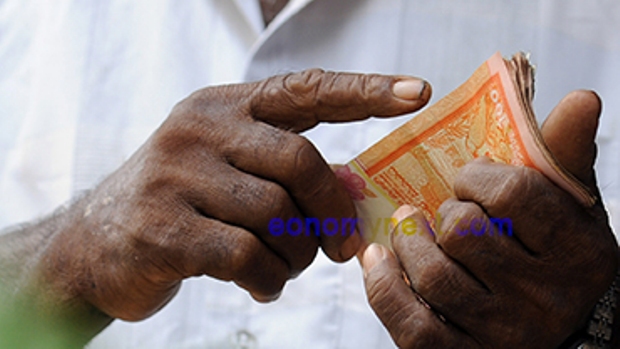 COLOMBO – Sri Lanka consumer prices shot up a record 14% in December, surpassing a previous high of 11.1 from a month earlier, official figures showed on Saturday (22) as food and fuel shortages worsen.

Senior ministers warned Parliament earlier in the week of a growing food crisis with rice harvests due in March expected to be drastically lower after an agrochemical import ban last year saw farmers abandoning more than 30 percent of agricultural land.

The island’s tourism-dependent economy has been hammered by the pandemic with the government imposing broad import restrictions to avert a foreign exchange crisis, triggering a shortage of essential goods.

The Census and Statistics Department said year-on-year inflation in December was the highest since the National Consumer Price Index (NCPI) was established in 2015.

The use of substandard organic fertilizer and pesticides has sharply reduced vegetable and fruit crop yields.

After intense farmer protests, the government lifted its agrochemical import ban in October, but banks are still short of dollars to finance imports.

Supermarkets have been rationing milk powder, sugar, lentils and other essentials for months with a top official warning last month of more restrictions to feed those most in need.

But agriculture ministry secretary Udith Jayasinghe was sacked hours after calling for a formal rationing scheme to ensure that mothers, the elderly and the sick could be fed in the months ahead.

Sri Lanka’s foreign reserves have tanked since President Gotabaya Rajapaksa took office in 2019, going from US$ 7.5 billion to US$ 3.1 billion at the end of December. The current figure is enough to finance less than two months of imports.

International rating agencies have downgraded Sri Lanka over fears of default on its $35 billion foreign debt. The government has insisted it can meet the obligations.

China’s Games: How Xi Jinping is staging the Olympics on his terms