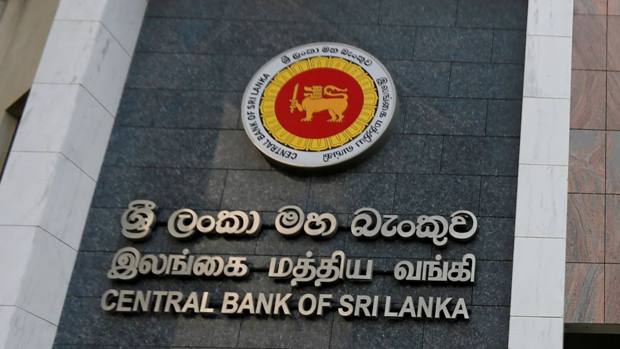 COLOMBO – Sri Lanka’s central bank is aware that its net foreign assets are negative and is working to reverse the situation, officials said, as the note-issue bank got deeper into debt with money printed to keep rates down or pay State-worker salaries.

By August the central bank’s foreign currency denominated debt had exceeded its assets by around US$ 400 million as money was printed to keep rates down and push outflows of foreign exchange above the inflows.

“The net foreign assets may be slightly weaker than what you would expect to be or what you would have liked it to be,” Central Bank Governor Nivard Cabraal told reporters earlier this month.

“But at the same time it is not just a cut-off point that we should be looking at. We have made it clear right throughout.”

The central bank still had gross reserves and an unused swap, with which payments can be made.

“Even after that we still have about US$ 2.6 billion in cash and another US$ 1.5 billion as a swap that we have with the peoples Bank of China. Totalling up to about US$ 4.1 billion.

“Now that would mean, that we should constantly thinking of this dynamic process where there is, the funds coming in, funds flowing out and you need to manage that. Now if you look at the road map, that we published October 1, we take into consideration all these situations,” he said.

Governor Cabraal had allowed market rates to go up, to limit money printing and curtail forex losses in the process of maintaining a peg at Rs 203 to the US dollar.

However last week the debt office invoked a so-called Stage II measure to undermine bond auctions, raising concerns that the rate obsession that got the country into trouble is still present at an institutional level.

The so-called Stage II and Stage III, were part of a series of financial repression tools deployed during the ousted Yahapalana administration and contributed to breaking the peg, discrediting its economic agenda and its ultimate ouster according to critics.

The Stage II rule was invoked for bonds without a credible interest rate being established for either the 6 or 12 month bills, raising concerns over the ability of the agency to restore market confidence in government bonds, which were shattered by price controls and liquidity injections.

The central bank and the government have lined up a series of dollar inflows to help repay debt falling due.

Such inflows could help keep rates lower than if the current inflows were appropriated to pay debt.

Any foreign inflow to the central bank – other than market purchases – will not help solve the problem of rising dollar liabilities.

“This is not the first time the foreign assets have depreciated. It had occurred in several occasions and there were times where it continued to have negative balances,” Deputy Governor Mahinda Siriwardene added, without naming the specific instance where NFA has gone negative.

“And it is temporary. Now we are working on bringing in foreign currency in to the country.

“As the governor said, with one transaction the situation can change. No need to worry since it is a temporary situation. The CBSL is working on it.”

To build up net foreign assets, domestic assets have to be sold down against liquidity generated from foreign assets within the rupee credit system, which cannot be done effectively without restoring the credibility of the peg.

At the moment any net sell-down of domestic assets through successful bond sales, are again re-sterilized by overnight injections.

The central bank is also engaging in repo transactions sucking liquidity from some banks, and effectively re-sterilizing them in the overnight market by injecting money to other banks at 6.00%.

The central bank tightened surrender requirement on exports, which can generate some dollars, with excess liquidity no longer being in the system, but it could also lead to lower reported export inflows within the rupee credit system, analysts warn.

Already a significant share remittances are being cleared outside the rupee credit system, due to the loss of credibility of the peg.

One country, one racist agenda

CB says no forcible conversion of worker remittances in securitization