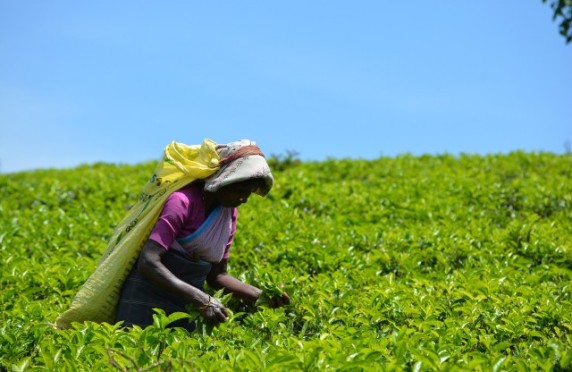 Commercial tea farms have so far been applying some fertilizer already imported to the country amid rising prices, but have warned of steep production falls as soon the current rainy weather ends.

“We commend the government’s pragmatic decision even at this late stage, which provides a much-needed boost to tea producers who are grappling with many challenges at, including escalating cost of production, and the continuing disruptions caused by the pandemic,” Roshan Rajadurai, from the Planters’ Association representing farm managers said.

“A sustainable solution with regard to fertilizer will assist the tea industry to contribute to the economy to earn critically needed foreign exchange for the country.”

Following the May 21 ban, tea and rubber, another export crop was severely affected, the Planters’ Association said.

“A solution is yet to be announced with regard to fertilizer for rubber, which too earns significant foreign exchange for the country,” the Association said.

“The rubber industry, in particular, has been ravaged by Pestalotiopsis, an extremely severe outbreak of the fungal disease, which has already reached epidemic proportions on the scale of the coffee rust blight which eliminated Sri Lanka’s coffee plantations in the late 1800s.

“In addition to ensuring that the plantation sector is able to maintain optimal levels of plant nutrition, the industry is also awaiting further clarity on the use of other essential inputs for control of weeds and pests.”

Sri Lanka has planned to import organic fertilizer from China and other countries, amid warnings that municipal or other waste from countries with industrial production may contain heavy metal and other residues as well as pests.

Sri Lanka has already turned away one shipment from China over plant pests.

Sri Lanka’s tea is exported as a food, meeting global and national safety standards, with some countries in particular allowing only the safest plant nutrients, pesticides and weedicides.

The tea industry says there is no evidence to indicate harmful health and environmental effects of plant nutrients used for tea cultivation, which are approved by the Tea Research Institute after rigorous testing.

“More than 95% of Sri Lanka’s tea is exported and these consignments are tested by buyers with very high compliance standards – including in regions such as Europe,” the Planters’ Association said.

It is feared that lack of fertilizer on time could also change the taste and other characteristics of Ceylon tea.