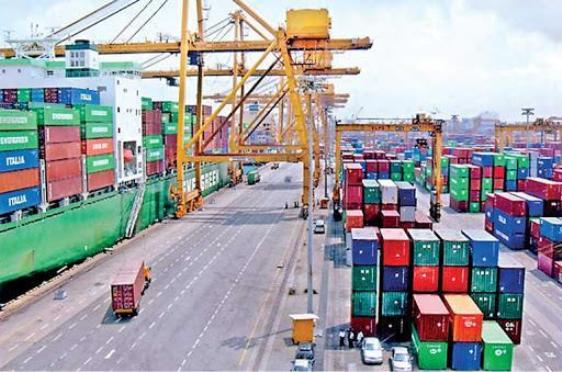 NEW DELHI  – Sri Lanka’s economic emergency declared by the country’s President, Gotabaya Rajapaksa, last week to control spiralling food prices and declining foreign reserves has exporters in India worried,  as the curbs placed by the island nation on imports and foreign currency may worsen payment problems they are already facing.

While India’s exports and imports may be the first to be affected by the crisis in Sri Lanka, its investments in development projects and areas such as petroleum retail, tourism & hotel, manufacturing, real estate, and financial services may also take a hit if the situation worsens, say experts.

“From the last one year, we have seen Sri Lanka curbing imports of non-essentials such as vehicles, which has almost stopped. However, the export of most essential items from India is continuing. But now the problem has got aggravated as a lot of Indian exporters who have already exported have not received their payments. They are worried about when the payment would come,” said Ajay Sahai, Director General, Federation of Indian Export Organisations (FIEO).

Sri Lanka’s economic woes are partly due to the COVID-19 crisis which affected tourism, one of the primary sources of foreign currency earnings. Its mounting foreign debt crisis is seen by many economists as one of the main underlying reasons for the situation. A ban on the use of fertilizers by Rajapaksa, who wants agriculture to turn totally organic, may have made matters worse.

“The kind of borrowings the Sri Lankan government has undertaken, especially as some would say under the influence of China, are difficult to service and gradually it becomes difficult for a government to stay afloat. Sri Lanka is facing a serious problem and the impact it will finally have on its economy and its trading partners, like India, will depend on how the government will bail itself out and whether the international community, for instance, the IMF, steps in,” said Biswajit Dhar, Professor, Jawaharlal Nehru University.

The country’s economy shrunk by 3.6% last year and the Sri Lankan rupee fell by 7.5% against the US dollar this year. Its foreign reserves fell to $2.8 billion at the end of July, from $7.5 billion in November 2019 when the Rajapaksa government took over leading the authorities to put in place foreign exchange curbs.

“Banks are not willing to discount Letter of Credit of Sri Lankan Banks as payments are not coming on time. This is resulting in a payment problem for Indian exporters, including those from the yarns and fabric sector. Not only are payments stuck, it seems that one has to suspend exports at the moment as there is so much uncertainty about future payments,” said Sanjay Jain from the Confederation of Indian Textiles Industry.

India’s goods trade with Sri Lanka, at an annual $3.6 billion, is not huge, but the fact that India has a trade surplus with the country, an FDI flow worth $1.7 billion during the period 2005 to 2019 and a considerable amount invested in development projects, makes India a stakeholder in its neighbour’s recovery.

Sahai suggested that India could consider giving lines of credit to Sri Lanka that could be repaid later but all pros and cons had to be first weighed.

Foreign reserves depleting, inflow down to a trickle: How COVID-19 forced Sri Lanka into a food emergency

Taliban claim control over Panjshir valley, but resistance vows to fight on