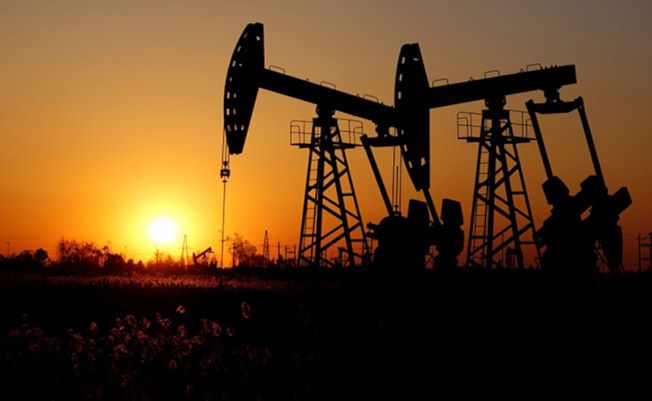 NEW YORK -Oil prices fell by more than $2 a barrel on Thursday (23) in volatile trading as investors weighed the risk that rising US interest rates could trigger a recession and cut demand for fuel.

Investors have been trying to assess whether inflation-fighting central banks could push the world economy into recession as they raise interest rates.

“Recession fears have their grip on markets, but the mood swing is rather one of ebbing optimism than swelling pessimism,” said Julius Baer analyst Norbert Rucker.

Investors were also concerned that high gasoline prices had hit a ceiling and demand destruction would soon set in, said Robert Yawger, director of energy futures at Mizuho in New York.

“That’s definitely worked its way into the conversation,” said Yawger, who added that he thought gasoline still had room to rise. US retail prices are currently averaging $4.94 a gallon, down about 10 cents from the peak, according to AAA.

Even off the highs, fuel prices remained feverishly strong and led US officials and oil executives to meet to try to agree on a plan to ease the pain at the pump. Major US oil refiners and Energy Secretary Jennifer Granholm emerged from an emergency meeting over the issue with no concrete solutions, according to a source familiar with the discussions, but the two sides agreed to continue talking.

The most recent estimates by the American Petroleum Institute, according to market sources, showed US crude and gasoline inventories rising last week, which also weighed on prices, Yawger said.

Official weekly estimates for US oil inventories were scheduled to be released on Thursday but technical problems will delay those figures until next week, the US Energy Information Administration said.

Russia continues to find alternative customers for its oil, with China and India among the biggest buyers now as Western countries have sanctioned Moscow’s over the invasion of Ukraine.

China’s crude oil imports from Russia in May were up 55% from a year earlier and at record highs.

India is providing safety certification for dozens of ships managed by a subsidiary of Russian shipping group Sovcomflot, enabling oil exports to India and elsewhere after Western certifiers withdrew their services.