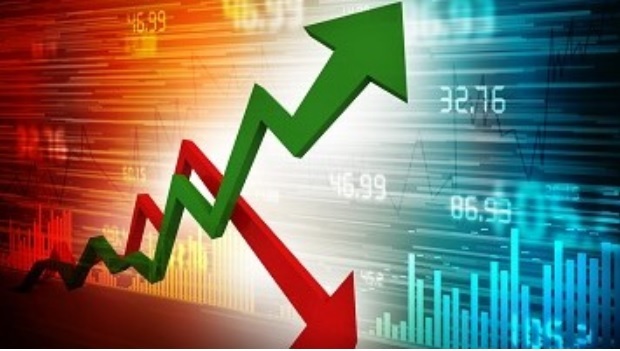 The losses extended last week’s sell-off triggered by Federal Reserve boss Jerome Powell indicating that the US central bank would hike interest rates by half a percentage point next month and possibly several times more this year.

That has lent strong support to the dollar, which is benefitting also from its traditional haven status.

Among the world’s major stock markets, Shanghai led the losses, closing down more than five percent.

On Wall Street, though losses were somewhat less sharp than in Europe and Asia, with the tech-rich Nasdaq Composite Index even briefly posting gains as Twitter shares climbed following reports the company will soon accept Elon Musk’s takeover offer.

Macron now faces the challenge of uniting a deeply divided nation with legislative elections fast approaching in which he could lose control of parliament.

The euro and yuan slid against the dollar, while sterling lost one percent to hit a 19-month low at $1.2705.

“Selling is widespread across global markets and asset classes, indicating that we could be on the cusp of a much bigger leg lower,” said market analyst Chris Beauchamp at online trading platform IG.

AJ Bell investment director Russ Mould said: “The prospect of further restrictions in China could lead to a poisonous mix of further inflationary pressure, as supply chains in the so-called ‘factory of the world’ get disrupted, and weaker economic growth.”

Investors were already fleeing risk assets as they become worried that the Fed tightening would knock the pandemic economic recovery off course and dent companies’ bottom line.

“The surge in energy, as well as food prices, has started to see consumers prioritise where they spend their money,” noted Michael Hewson, chief market analyst at CMC Markets UK.

“As China is the second largest economy in the world, the situation… has a big impact on commodity markets,” said XTB analyst Walid Koudmani.

Metals prices also slumped on Monday, as did share prices of energy and mining companies.

Elsewhere in Asia, Sri Lanka’s stock market halted trading after a nearly 13% plunge. The island nation’s beleaguered government is under pressure to resign over a crippling economic crisis.

For investors and a buffer, Alibaba seeks a Hong Kong primary listing