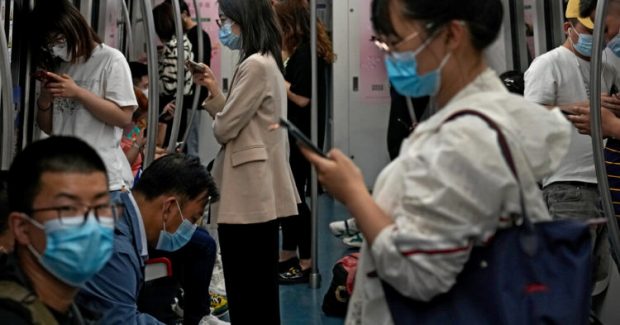 BEIJING – To understand work culture in China, start with a number: 996.

It’s shorthand for the gruelling schedule that has become the norm at many Chinese firms: 9:00 a.m. to 9:00 p.m., six days a week.

The term originated in the technology sector around five years ago when the country’s nascent internet companies were racing to compete with Silicon Valley. At first, workers were willing to trade their free time for overtime pay and the promise of helping China match the West.

China’s economy has grown into the second-largest in the world. Tech behemoths like Alibaba, Huawei and ByteDance, which owns TikTok, are household names. But recently, more tech workers are resisting the at-all-costs culture.

Some in China’s working-class dismiss the complaints as elite griping; after all, tech workers are highly paid and educated. But the debate also offers a window into the country’s economy more broadly, and the expectations of its young people.

The first major pushback to 996 came in 2019, as China’s economic growth slowed and tech workers began questioning their work conditions. Online protests followed, but the movement faded under government censorship.

This year, 996 shot back into the news after two workers died at Pinduoduo, an e-commerce giant. Officials promised to investigate working conditions, although it’s not clear what — if anything — has come of that.

Since then, some companies have taken steps to improve work-life balance. Kuaishou, a short-video app, in July ended a policy requiring its staff to work on weekends twice a month. One division of Tencent began encouraging workers to go home at 6:00 p.m. — though only on Wednesdays.

The pushback to 996 also reflects the hopes and anxieties of China’s young people.

Many are willing to endure the working conditions because of the competitiveness of the job market. The number of college graduates in China rose by 73% in the past decade, a stunning achievement for a country that had fewer than 3.5 million university students in 1997. As a result, more people are competing for a limited pool of white-collar jobs.

But it’s also clear that many are sick of the rat race. Some Gen Zers have turned to reading Mao Zedong’s writings on communism to rage against capitalist exploitation. An online craze this year called on young people to ‘tangping’, or ‘lie flat’ — essentially, to opt-out.

The Chinese Communist Party sees the burnout and the threat it poses to economic growth. On the one hand, it has promised to better support college graduates in their job hunt. But it has also censored discussions of tangping.

How gig workers fit in

What began as a conversation about tech companies’ treatment of elite workers has expanded to include lower-skilled workers, especially gig labourers.

Middle-class Chinese people have increasingly shown solidarity with those workers. Last year, when package couriers went on strike before a major shopping holiday, many on social media cheered them on.

In some ways, the new awareness mirrors the backlash against tech companies in the US But it has also run up against uniquely Chinese issues of censorship. Just as with the college graduates, the government has promised more protections for gig workers. But earlier this year, officials arrested a well-known delivery worker who had tried to organize his fellow workers.

The ground zero of bad dreams