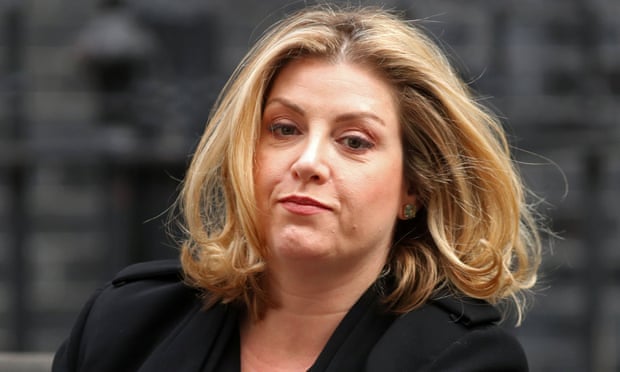 By Penny Mordaunt
What weapon, a deadly and barbaric killer, is one of the cruellest known to man? Are you thinking of an automatic assault rifle? Or perhaps a costly missile? Chances are you aren’t thinking of a device that can be made for a matter of pounds.
Anti-personnel landmines are designed to rip off a person’s lower leg and force dirt and bone splinters up into their leg or body. If the victim doesn’t bleed to death, secondary infection is almost certain. Surviving that infection often means amputation much higher up the leg. The ensuing disability limits that person’s chances in life – to get an education, to work, to be self-sufficient. It is a cruel weapon, made crueller still by varieties that come in odd shapes and colours, making them irresistible to children.
Landmines are barbaric devices – designed to cause as much damage and pain as possible, with no regard for human life. These crude bombs maim, cripple and kill indiscriminately, devastating lives around the world.
A deadly legacy of war, they can remain for decades in the ground, long after the fighting stops, cutting off communities and making it impossible for them to rebuild or move on.
More than 20 years after Princess Diana courageously walked through an Angolan minefield to bring the dangers of these cruel devices to the world’s attention, their threat sadly endures.
Worldwide, 23 people a day are killed or injured by landmines or unexploded bombs – nearly one an hour – and close to half are children. That is a horrific, startling fact and one we are determined to change.
The UK has world-leading expertise in this field and we are helping to irradiate these brutal devices forever, protecting vulnerable people and giving them back control over their lives.
It is dangerous work. Imagine the courage it takes to clear a minefield by hand. Every step a deminer takes through a mine field – every scrape of a trowel, inches away from their face – could trigger a fatal explosion. On their knees in the dirt, they delicately tease out mine cables and remove soil to expose the deadly bombs, before destroying them.
Deminers are heroes. She is a member of an all-female mine clearance team, working to make Angola safer, 16 years after the country’s bloody civil war ended. Her motivation and courage come from her sons. She wants a brighter and safer future for them and their country.
UK aid makes possible Julia’s work with the British anti-landmine charity Halo, whose invaluable hard work continues day after day in Burma, Cambodia, Laos, Lebanon, Somalia, South Sudan, Vietnam and Zimbabwe.
Until recently, we had only the considerable courage of people like Julia and her simple tools to rid the world of these barbaric devices.
But we are using technology to increase the speed at which we can clear land to make demining safer. Robust, super-efficient machines, like the MineWolf, a tracked vehicle operated by remote control, can clear up to 12,000 square metres of contaminated land a day.
Today I can announce that we will step up our work with Halo, and the mine clearance charity Mines Advisory Group, another great British organization. The £46 million Britain is committing to this fight today will protect 820,000 people across Asia and Africa. It will save lives, prevent disability, and bring land back into use to grow crops and provide homes and livelihoods. Children can go to school in safety, businesses can flourish and economies can become sustainable and resilient.
We have made and are making incredible progress. In the past three years alone, UK Aid, working with partners, has helped clear minefields equivalent to the size of more than 4,500 football pitches. But there is more work to do. Conflict in Syria and Yemen, and the deliberate targeting of civilians by Isis mean new mines continue to be laid even as we race to remove the old ones.
But with the coalition of British expertise, new technology, UK Aid funding and the patriotic bravery of mine clearers like Julia Tchimba, we will rid the world of this horrific weapon, protecting people, freeing land, growing economies and bringing hope.
theguardian.com
Diana, Princess of Wales, famously walked through a minefield during her visit to Angola in 1997 long before the world picked up the topic as one so crucial – John Stillwell/PA