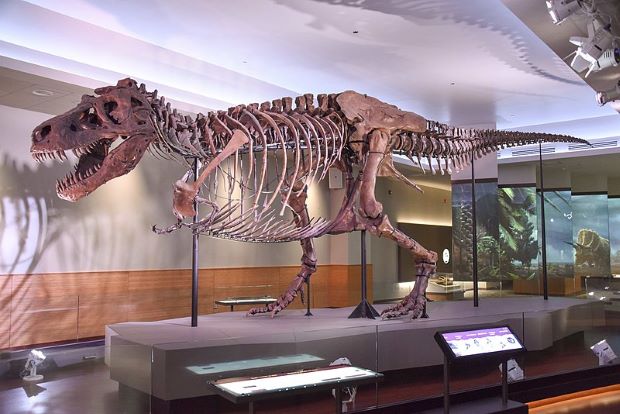 One of the largest, most extensive, and best preserved Tyrannosaurus rex specimens ever found, at over 90% recovered by bulk, was discovered on this day in 1990 by Sue Hendrickson, an explorer and fossil collector. It was named Sue after Hendrickson. The fossil was auctioned in October 1997 for US$ 8.3 million, the highest amount ever paid for a dinosaur fossil until October 7, 2020 when T. rex Stan was auctioned for US$31.8 million. Sue is now a permanent feature at the Field Museum of Natural History in Chicago, Illinois.