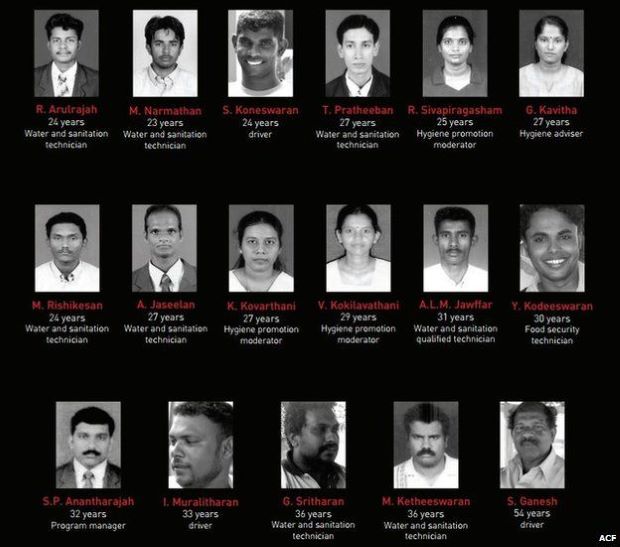 Termed a war crime by the French aid group Action Against Hunger, 17 employees of the INGO,  known internationally as Action Contre la Faim, or ACF, were shot at close range, suspected to be by government forces, in the city of Muttur, close to Trincomalee, on this day in 2006.  The victims included sixteen minority Sri Lankan Tamils and one Sri Lankan Muslim. The bodies were discovered after the town of Muttur had come under the control of the government forces. There was fierce fighting between government forces and rebel Liberation Tigers of Tamil Eelam (LTTE) forces the week prior to the discovery of the bodies. The Sri Lankan government denied responsibility but the Sri Lanka Monitoring Mission suspected that the Sri Lankan Army was responsible for the killings.

Photo Caption – Photos of the victims published by ACF

Father Jeewantha Peiris: A warrior for truth and justice