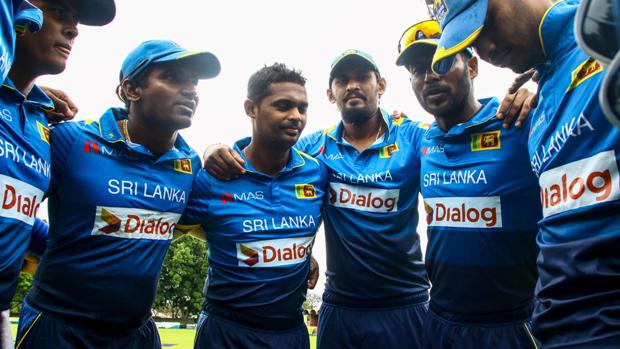 A public inquest has already begun into what ails Sri Lanka cricket after the twin debacles by the national team in South Africa and against England at home. It may have come as a blessing in disguise since the powers that be were under the false illusion that Sri Lanka could repeat their heroics against Proteas and also spin out England in Galle. On the contrary, touring South Africa with hardly any preparation and immediately after the inaugural Lanka Premier League (LPL), they capitulated meekly against pace in the Boxing Day Test at Centurion and Wanderers while England skipper Joe Root’s masterclass against spin saw Sri Lanka get a taste of their own medicine.

Sri Lanka cricket’s woes are not just something which happened overnight or because of the shutdown caused by COVID-19 pandemic. It is a deep-rooted malaise that has been gnawing away at the foundation of the game ever since Sri Lanka won the World Cup in 1996. It became the root of all evil as everyone involved with cricket from administrators to players cast aside their veil of amateurism and became professionals ostensibly for the purpose of development. Basically there were many stakeholders who were interested in a piece of the pie especially officials who indulged in various tactics such as giving hand-outs to affiliated clubs in the guise of development even during the time of Covid as a vote-buying exercise to remain in power.

Long before Sri Lanka attained Test status, the islanders could proudly boast they had the best school cricket structure in the world which served as a feeder to the national team. Former Sri Lanka greats like World Cup winning captain Arjuna Ranatunga, Aravinda de Silva, Mahela Jayawardene and Kumar Sangakkara were outstanding products of that system, virtually walking into the national team as schoolboys. The authorities failed to heed the alarm bells when the talent emerging from school cricket dried up largely because there was quantity but hardly any quality. This vacuum was exacerbated by the fact that the domestic first class structure which had less than a dozen clubs in the premier division when the P. Sara Trophy tournament was a two-day event during the pre-Test era became a white elephant with 28 clubs making it less competitive than.

These were some of the salient aspects which were raised by former Sri Lanka greats Bandula Warnapura, the country’s first Test captain, Ranatunga, master blaster Sanath Jayasuriya and a former player Avishkha Gunawardena during a television talk show on Tuesday (26) where Sri Lanka Cricket (SLC) officials were conspicuous by their absence. Coincidentally Sports Minister Namal Rajapaksa speaking to the media had been reported as saying that he would not hesitate to crack the whip to put the house in order at SLC.

The first casualty was chief selector Ashantha de Mel who handed in his resignation after having indicated earlier that he would step down as manager of the team after the England tour. SLC were quick to name Jerome Jayaratne as a manager for the upcoming West Indies tour. Former Sri Lanka fast bowler Pramodaya Wickremasinghe is tipped to take over as the new head of the selection committee. Minister Rajapaksa is for a revamp in SLC acting on the advice of cricket legends Jayawardene and Sangakkara who are in the National Sports Council. Among the key recommendations are appointment of a new selection committee, having competitive domestic and provincial tournaments, priority for discipline and fitness, giving performance-based contracts and appointing a Director and Mentor to assist the head coach.

Restructuring cricket administration, revamping school and club, is not something new. It has been revisited time and again with a committee headed by Jayawardene even submitting a report to the previous Sports Minister but like most reports it lies in a cabinet gathering dust. It remains to be seen whether the Minister Rajapaksa will implement drastic changes to revive the fortunes of Sri Lanka cricket.

It is “now or never” as Gunawardena put it because Namal Rajapaksa has the political clout with his father being Prime Minister of the country and his uncle being the Executive President. Ranatunga called for the appointment of an interim committee to run the sport pointing out that the country is waiting expectantly to see whether the Sports Minister will make the right decisions.

The bane of Sri Lanka cricket has been the erosion of discipline. Ranatunga recalled how managers like Abu Fuard instilled discipline during their playing days. Ranatunga in turn brooked no nonsense even admonishing players when they broke the rules. “Officials need to be disciplined first, if the players are to be disciplined,” he said.

Ranatunga also questioned the need to have so many foreigners on the coaching staff when Sri Lanka had past masters of the game, such as Roy Dias, who are technically better than present Batting Coach Grant Flower of Zimbabwe. Jayasuriya found it ironic that although it was widely known that Galle is a turner, Sri Lanka did not have a Spin Coach for the series against England who used the reverse sweep to counter the spinners. He felt even left arm spinner Lasitha Embuldeniya who bagged a career-best 10 wickets in the second Test would have benefited from the advice of someone like retired spin great Rangana Herath.

Indeed, at the international level, the Sri Lanka cricket team does not require high-profile coaches for batting, bowling and fielding. What they really need is mentors who can guide them to handle the pressures on and off the field. “If at all we can hire a physio or fitness who will also train locals,” said Ranatunga who did not see eye-to-eye even with Sri Lankan-born Australia coach Dave Whatmore during their World Cup campaign.

Sri Lanka had an identity of their own in the past. But alas they are performing like lame ducks even in their own backyard now.