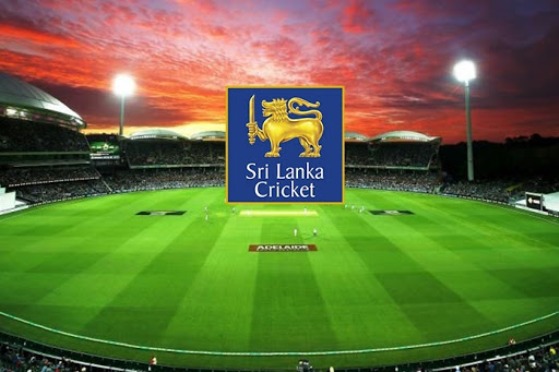 It has been reported that a record 200 million viewers tuned in to see the opening match of the IPL (Indian Premier League) making it the most-watched opening day in any sporting league ever. Though matches are played in empty stadiums in the UAE, there has been a huge spike in viewership numbers both in television and digital medium. It is proof that cricket fans starved of ‘live’ sport are eager to lap up the entertainment even during a global meltdown caused by the coronavirus pandemic.

No wonder IPG (Innovative Production Group), the official rights holder of the inaugural Lanka Premier League (LPL) till 2024, is confident of creating a global platform through television and social media viewership. Sri Lanka too has been devoid of any international sporting events during this period, so what better way than to embrace the new normal with the most loved sport in the country. IPG CEO Anil Mohan has no doubt that the LPL will get a very positive response from the fans.

There was much scepticism that the LPL, which was postponed several times would get off the ground especially since the Sri Lanka Premier League (SLPL) died a natural death after just one season in 2013. There were many doubters because of the economic crisis caused by the viral outbreak despite IPG, a Dubai-based sports broadcast entity which covered two events Sri Lanka was part of – the Nidahas Trophy in 2018 followed by the T20 series to Pakistan in 2019 – igniting confidence in Sri Lanka Cricket’s (SLC) T20 league. There were questions also as to who were the owners of the five franchises. All these doubts have been laid to rest with the unveiling of the LPL logo last Friday and the Player Draft finally taking place last Monday (19).

‘Universe Boss’ Chris Gayle, Andre Russell, Shahid Afridi, Faf du Plessis and Carlos Brathwaite are among the high-profile foreign players that have been drafted into LPL teams for the tournament that is set to begin on November 21. Although the draft was carried out in incredibly haphazard fashion over the internet, SLC has nevertheless taken another step towards hosting its own T20 franchise tournament.

It is an event which will strengthen Sri Lanka on the global map of sports and is much looked forward to by the local and international sports audience, stated Sports Minister Namal Rajapaksa who is throwing his full weight behind the LPL. At a time when health authorities in the country are dealing with a spike in coronavirus cases, the blessings of those in government are vital to kick-start the economy by staging major international sports tournaments.

Minister Rajapaksa is leaving no stone unturned to lend his support to the success of the LPL taking a personal interest to co-ordinate teething problems with Sports Ministry officials and the SLC. A former national rugby captain, Namal Rajapaksa should also be lauded for making the LPL a reality when discussions to replicate the IPL model in Sri Lanka were not going anywhere. He is determined to ensure LPL sees the light of day because he feels it is much needed, especially at a time when the country’s sports economy has come to a standstill and young talent need the exposure.

Indeed, international tournaments of this kind will help boost the sports economy in Sri Lanka which has come to a standstill in recent years, especially in recent months due to the COVID-19 pandemic. Such a highly competitive tournament will not only boost entertainment, but it will also contribute towards the economy including the sports economy, strengthen tourism and place Sri Lanka on the global sports map.

The Sri Lankan government has not approved lenient quarantine measures for those coming into the country for the tournament. SLC insists that the foreign players and officials taking part have all agreed to the strict 14-day quarantine, in which arrivals are not allowed to leave their rooms.

The tournament received a massive boost when it was reported that the family of Bollywood superstar Salman Khan will own Kandy Tuskers. After owning a cricket team in Celebrity Cricket League (CCL), T10 League in UAE, now Salman Khan and family will be seen as owner of one of the teams in LPL.

The LPL organizers along with Sri Lanka Cricket (SLC) are yet to officially announce the five franchise owners. But it has been widely reported that Galle franchise is owned by the owner of Pakistan Super League franchise Quetta Gladiators and some two-three other Indian owners can be seen in the league.

Cricket fans will be eagerly awaiting the start of the LPL which is set to run till December 13, and will be played initially in Mahinda Rajapaksa International Stadium in Hambantota, before moving to Pallekele for the latter stages of the tournament and the knockouts. Players have been kicking their heels in frustration after the viral outbreak with the Bangladesh series failing to take place while fans starved of entertainment will be able to cheer their local and international heroes from the comfort of their sitting rooms. LPL will serve as a catalyst to ignite the sports economy in the country. It will also pave the way for other sports to follow suit and think of commencing professional leagues. The Football Federation of Sri Lanka is also set to launch a semi-professional Super League. We can look forward to some excitement in the field of play finally albeit in a closed environment through television and digital platform​​​ which will be the new normal in future for some time to come.