Why are we so obsessed with royalty? 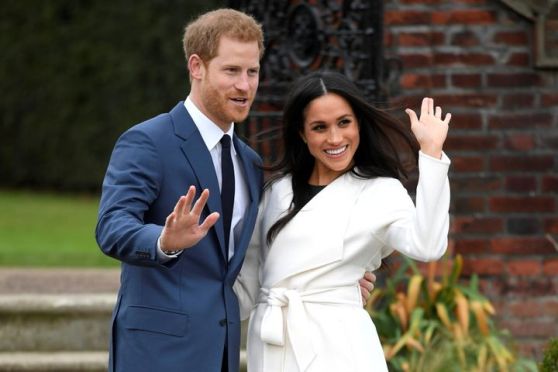 My 4-year-old daughter is into princesses. Really into princesses. I have given the Princess Industrial Complex more money than I’d like to admit to keep those episodes of ‘Elena of Avalor’ coming.

It isn’t as bad as I feared it would be. These are not the helpless princesses of my youth, yearning for their prince to come. These princesses are feminists. They fight, do magic and ride flying creatures, all while wearing sparkly ball gowns. They are also a racially diverse bunch. Elena is Disney’s first Latina princess. Her friends include a Black princess, a Jewish princess and kings who hail from places that seem awfully similar to India and Japan.

But there is one thing about them that still feels, well, not particularly progressive. They are royalty. The whole premise still rests on the notion that certain people were born to rule.

It’s odd that this idea is so widely accepted in 2021 even in the United States, a country borne out of a rebellion against a king. Our popular culture is awash with royalty — from ‘Coming 2 America’ to the Netflix series ‘The Crown’.

This week, 17 million people in the United States tuned in to Oprah Winfrey’s interview with Prince Harry and his wife, Meghan Markle, the Duchess of Sussex, which ignited an outcry about the injustice of denying a hereditary title to the couple’s child, possibly because of race. The allegations seemed to lay bare the empty promises of racial equality in Britain.

But isn’t there something inherently unjust and unequal about hereditary titles themselves? Why do so many people who routinely attack patriarchy and white supremacy give monarchy a pass?

Some have pointed out the absurdity. “Having a queen as head of state is like having a pirate or a mermaid or Ewok,” wrote Patrick Freyne in The Irish Times. To the assertion that the monarchy “looks archaic and racist” after that interview, he offered these wise words: “Well duh.”

And yet, the concept of royalty manages to be both enduringly compelling and entirely natural, so much so that it can occupy a 4-year-old’s entire imaginary world. If princesses suddenly ceased to exist, I’m quite sure that my daughter would reinvent them.

In real life, monarchies have been surprisingly resilient and popular around the world, according to Mauro Guillén, a Wharton international management professor who has analyzed 120 years’ worth of data from 137 countries.

Although Americans associate royalty with Europe, it’s a system that’s been used virtually everywhere, from the pharaohs of Egypt to the emperors of Japan and ancient Rome, to the Mayan kingdom that stretched across modern-day Mexico and the royal courts of West Africa. The Old Testament, the New Testament and the Quran all reference kings and queens.

The idea that rulers derive their legitimacy from God and might pass it down to their children has been around for at least 7,000 years. For most of that time, kingship has been the dominant form of government. Today, 29 countries still have monarchies (43 if you include those in the British Commonwealth).

Another reason for their enduring popularity might be their success. Guillén’s study concluded that monarchies tend to produce higher standards of living than republics, apparently because they do a better job protecting private property rights and provide a necessary check on pesky politicians. Constitutional monarchies, where royals throw lavish weddings but leave the actual governing to elected leaders, have some of the highest standards of living on the planet — the United Kingdom, Sweden, Denmark, the Netherlands and Japan.

“The fascination, the magic, the continuity, the stability that comes from a monarchy with a dynasty that has been playing this role for centuries, a lot of people find comfort in that,” Guillén told me. “In the UK, that’s the reason the monarchy has 55% support.”

John Jost, a New York University professor, told me that people tend to cling to traditions and long-standing social systems that justify our understandable desire for order, safety and predictability. That’s what his 2020 book, “A Theory of System Justification,” is all about.

“I also suspect that some people are simply drawn to the glamour of royalty and the fantasy that some very, very special people are living opulent, extravagant lives, and this could be a way of transcending our mundane realities,” he told me. “Perhaps we hope that they will protect and take care of us as a reward for our adulation? That’s how it works out in fairy tales, at least.”

Is it possible that people crave pomp and pine for leaders who embody grandeur? Leaders who live in fancy towers, full of gaudy gold stuff, perhaps? Leaders who are said to have been chosen by God? Donald Trump obviously thought so.

“I play to people’s fantasies,” he wrote in ‘The Art of the Deal’. “People want to believe that something is the biggest and the greatest and the most spectacular.”

There are certainly many who’d rather be represented by the richest man in the biggest palace, instead of an ordinary guy in a cardigan sweater.

Amid the uncertainty and bad faith that has overtaken so much of American democracy, it feels good to escape into Avalor, a world where kings and queens rule benevolently over contented villagers, and nobody ever has to worry about voter suppression or the Electoral College. As terrible as the wicked witch is on the show, she’s not nearly as terrifying as the thought of millions of American voters who believe in QAnon or Pizzagate.

On Jan. 6, the day Trump supporters ransacked the US Capitol, it calmed my nerves to watch ‘Elena of Avalor’ with my daughter. It felt good to retreat into a world where villains aren’t real, and the princesses always prevail in the end.