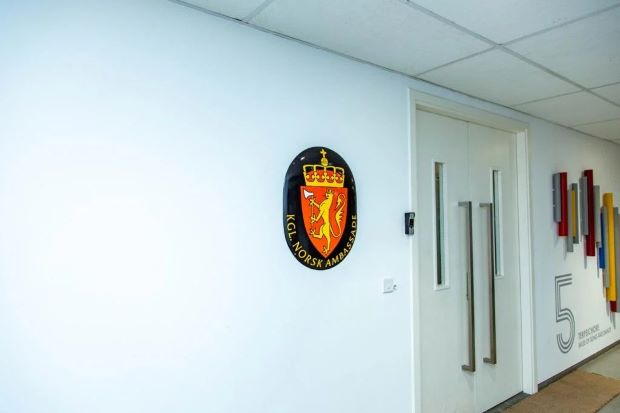 COLOMBO – Norway will close its embassy in Sri Lanka from end July 2023 as part of structural changes in its network of diplomatic missions abroad, and accredit a Head of Mission based at another Norwegian embassy in the region to cover Sri Lanka.

In a statement issued on Friday (9), the Norwegian embassy in Colombo said the decision to put up shutters does not have any bearing on the bilateral relationship between Norway and Sri Lanka and that the Government of Norway remains committed to continue further development of friendly and constructive relations between the two countries.

“To ensure the continuation of the amicable and long-standing bilateral diplomatic relations, going forward, Norway intends to accredit a Head of Mission and assign diplomatic staff based at another Norwegian Embassy in the region to cover Sri Lanka,” the statement added, noting that there was already a visa hub in New Delhi which handles visa applications from Sri Lanka and Maldives, and applicants can visit a VFS office in Colombo for visa appointments.

“I am sad to share the news of the planned closure of the Norwegian Embassy in Colombo,” Norwegian Ambassador to Sri Lanka, Trine Jøranli Eskedal said, explaining the decision was a result of a wider process to determine how the Norwegian Foreign Service should be set up to deal with the changing geopolitical environment and safeguard Norwegian interests.

Emphasizing that the move was not related to Sri Lanka in particular, she assured Norway will continue to maintain warm bilateral relations with Sri Lanka and that development assistance will also continue.

The mission in Sri Lanka, which is also accredited to the Maldives, is one of five Norwegian mission slated for closure by the Government of Norway in its bid to strengthen several of its embassies in Europe and beyond.

The statement noted that though Norwegian aid to Sri Lanka, provided since the 1960s, had gradually reduced due to the country transitioning to middle-income status, Norway continues to support several ongoing, long-term development programs, such as support for employment and food security in the Northern Province.  In 2021, total Norwegian development assistance to Sri Lanka was NOK 59.7 million (approximately LKR 2150 million), of which NOK 21 million (approximately LKR 756 million) was channelled through the embassy, it added, noting that in response to the current economic crisis in Sri Lanka, Norway provided humanitarian support amounting to a total of NOK 13 million (approximately LKR 490 million) through UN organizations.

Norway opened the Embassy in Colombo in 1996, having had a Norad office in the country since 1976. Historically, an important part of the rationale for Norway’s presence in Sri Lanka was linked to Norway’s role in the peace and reconciliation process.

Opposition leader vows to bring millions to the streets