Austrian Empress Elisabeth’s undergarments to be auctioned off 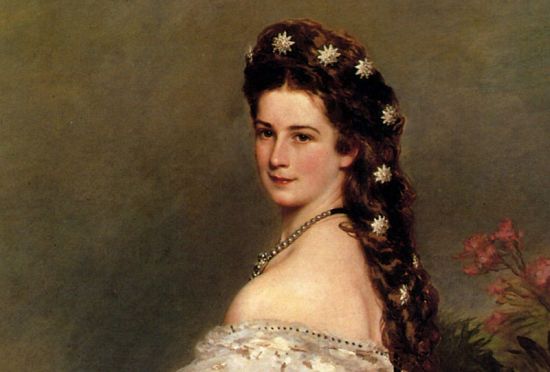 MUNICH – The undergarments of Austrian Empress Elisabeth, popularly known as ‘Sisi’, is going under the hammer at a Munich auction house on Tuesday (June 1).

Hermann Historica set the starting price for the “three pieces of underwear from the summer wardrobe” at 1,000 euros (about US$ 1,220).

The pictures show a sleeveless camisole with lace trim and the stockings are embroidered with a small crown in red and the letters ‘ES’.

Elisabeth became a cult figure, especially in the German-speaking world, after a series of films depicting a romanticized version of her life were made in the 1950s.

Dresses, a travel suitcase filled with laundry and a gold sofa are among the other items that once belonged to Elisabeth being auctioned off.

The auction house’s website lists an “elegant salon dress” with a starting bid of 4,500 euros and a “black mourning cloak” from 1889 starting at 2,000 euros.

Elisabeth’s son Rudolf took his own life in 1889, and she is said to have worn only black from then on.

Sisi is not the first historical figure whose undergarments have gone under the hammer there. Nazi military leader Hermann Goering’s silk underpants were sold there for 3,000 euros a few years ago.

Police HQ to being shifted from Colombo to suburban Pepiliyana

Petition urges Jeff Bezos to blast into space – and stay there

A Ceylonese ‘Princess’ in China, internet erupts in anger and dismay in Sri Lanka

Over 3 million people took this course on happiness; here’s what some learned