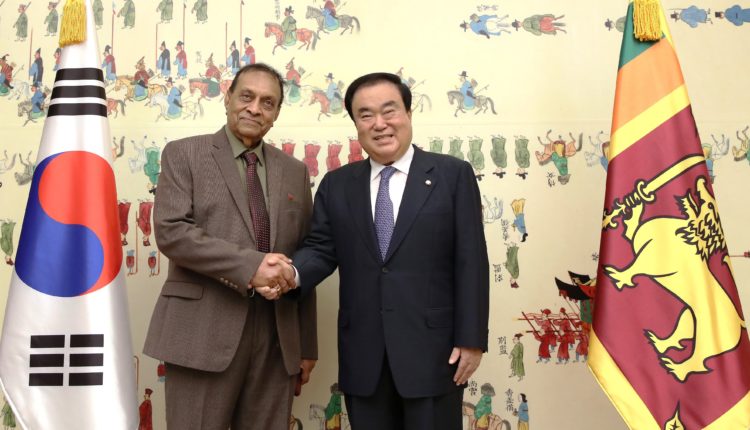 SEOUL –Speaker of Parliament Karu Jayasuriya undertook an official visit to the Republic of Korea from August 27-30.

The Speaker and delegation were hosted to an official dinner by Speaker Moon Hee-sang, attended by members of the Korean National Assembly including Chairman of the Foreign Affairs and Unification Committee Kang Seok-ho.